Animal rights group PETA has claimed the original rhymes encourage unfair attitudes towards animals and have been given a 'much-needed makeover to replace racist, sexist, and otherwise insensitive language'.

Families have been instructed to ditch traditional nursery rhymes for an ultra-woke modernisation that sees pigs go 'shopping' instead of the 'market' and sheep refuse to give their 'wool' because 'it's not cool'. 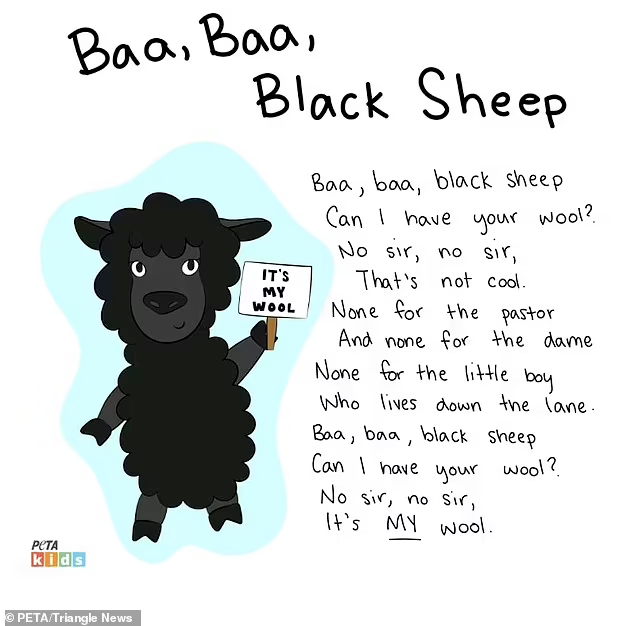 But in a new version the sheep explains it's 'not cool' to steal wool and refuses to provide any for the 'pastor' (instead of he traditional word 'master'), dame or little boy who lives down the lane. 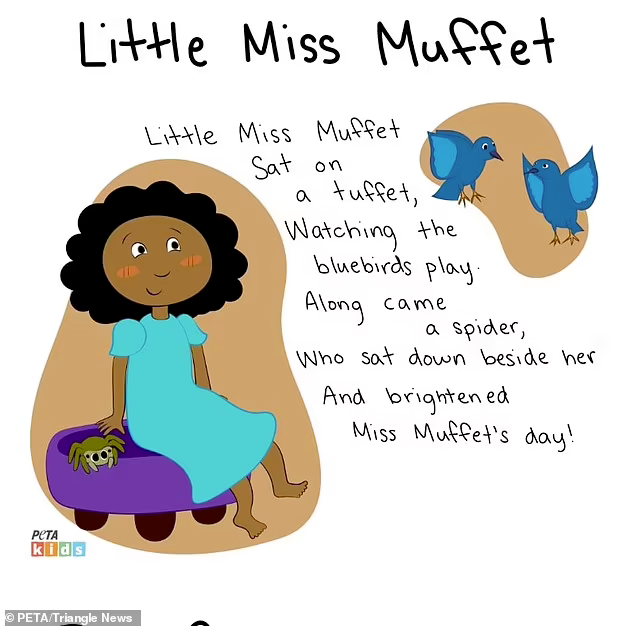 Meanwhile, the line in Little Miss Muffet which tells of a girl being 'frightened away' by a spider has been changed to say it 'brightened Miss Muffet's day!'

Miss Muffet has also become vegan in the updated version – instead of eating 'curds and whey', she is 'watching the bluebirds play'. 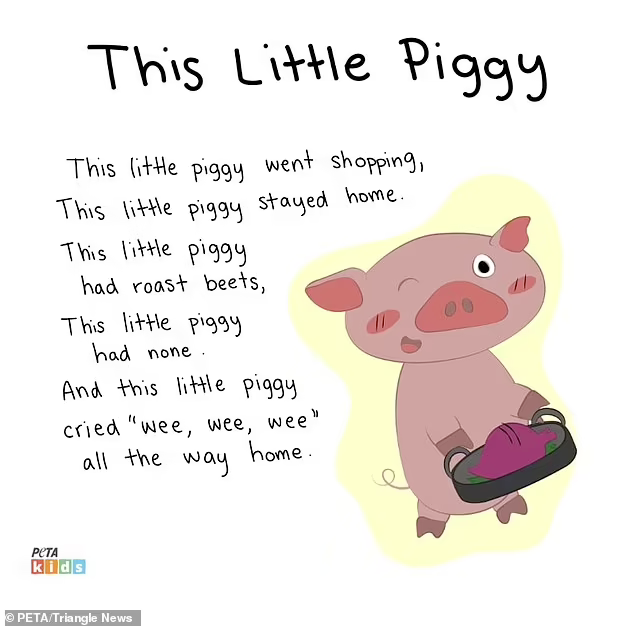 In the beloved children's rhyme 'This Little Piggy', the mention of 'roast beef' becomes 'roast beets' to promote a plant-based diet.

And in Three Blind Mice, the line 'They all ran after the farmer's wife who cut off their tails with a carving knife' has been scrapped.

It is replaced with the mice still running after the farmer's wife but the next lines are: 'They told her 'thank you' for saving their life. Did you ever see someone acting so nice as three blind mice?' 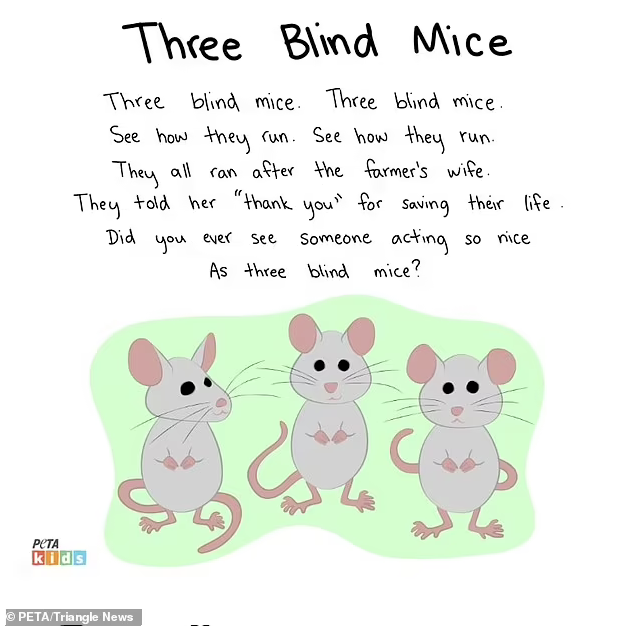 The changes to the rhymes have been made by PETA who say the traditional versions promote outdated attitudes.

Elisa Allen, of PETA, said: 'Words matter and nursery rhymes that make light of cruelty to animals or contain archaic, negative depictions of them need a modern overhaul.'

She added: 'Small changes like Peta's can instil empathy and compassion. Since humanity is increasingly realising that animals are not ours to exploit, the songs we sing to our children – who absorb everything they see and hear – must reflect these values.'

The rewritten rhymes, which are featured on the PETA website, are part of a trend of woke children's literature, which includes gender-swap fairytales.

In 2014, the original rhyme 'Baa Baa Black Sheep' was also caught in controversy over suggestions his rhyme was racist - although scholars have since acknowledged it is unlikely the fable has any links to slavery or historic racism.