Met Police were forced into an embarrassing retreat last night in the face of a mob of Hungary fans.

Officers were overwhelmed by black-clad ultras - some wearing skeleton balaclavas - following violent clashes in the away end of the stadium.

Shocking footage shows the Met fleeing as fans clambered over seats and each other to try to swing punches at policemen. 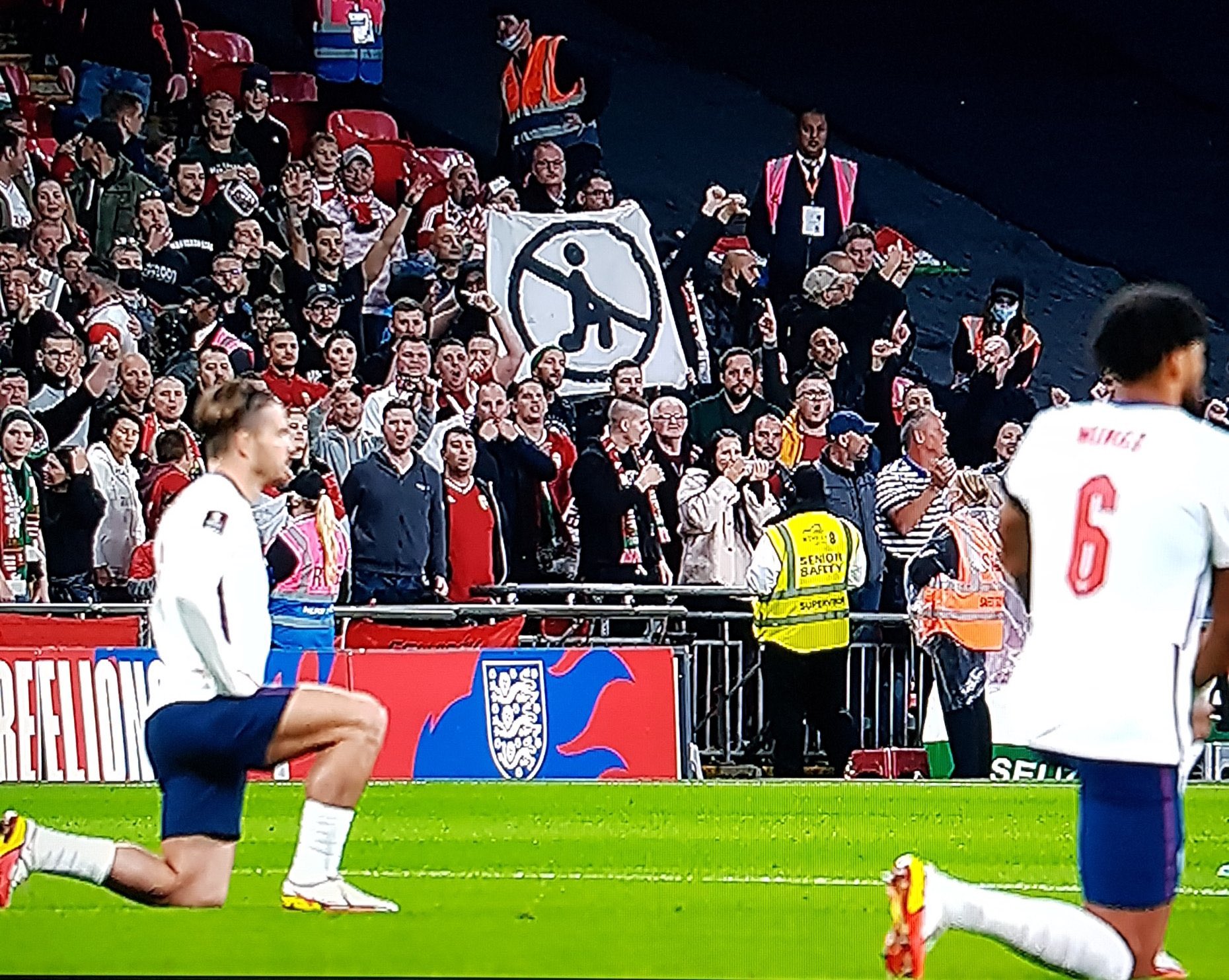 The tension mounted when away fans booed England players 'taking the knee' before kick-off as yobs angrily gestured from the stands and held up anti-kneeling banners.

Just minutes later police rushed into the away stand to try to quell the crowd.

Police officers hit Hungarian and Polish fans with batons who brawled with officers. 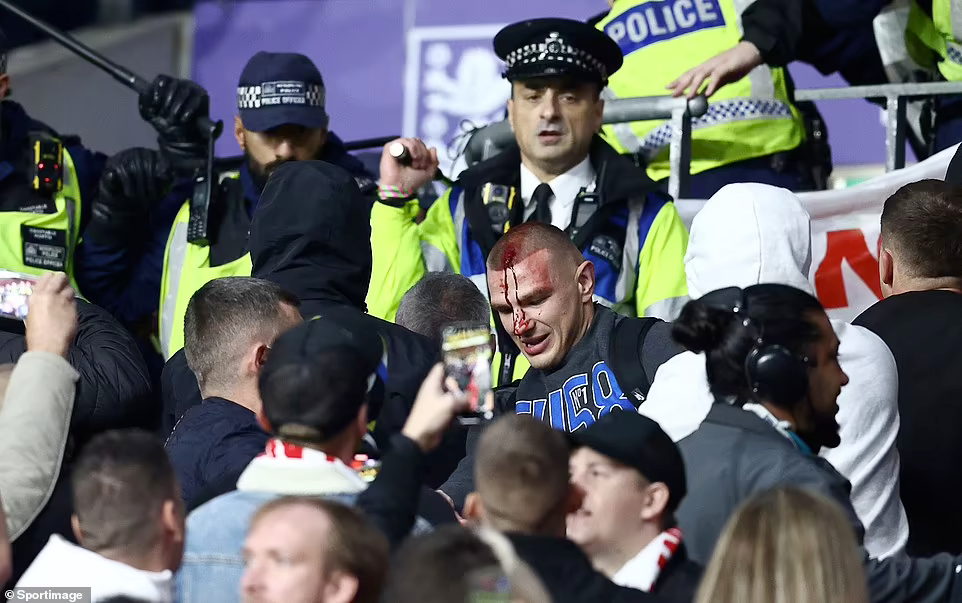 The police were videoed retreating from an angry crown of Hungary fans, some of whom had visible head injuries.

Officers sprinted out of the exits and on to the concourse.

Hungarian players pointed to a 'Respect' symbol on their kit whilst England players, once again, took the knee in support of BLM.

Met Police flee Wembley after using their batons in a clash with Hungarian and Polish fans.#EnglandGetOffYourKnees pic.twitter.com/UiDLWj6rGz