A statue of Margaret Thatcher has been officially unveiled in her home town of Grantham, just days after it was vandalised with red paint.

The £300,000 sculpture in Grantham was targeted on Saturday and had previously been egged shortly after it was lowered into place earlier in May.

A crowd of people, including a bagpiper, turned out to mark the unveiling on Tuesday 31st May. 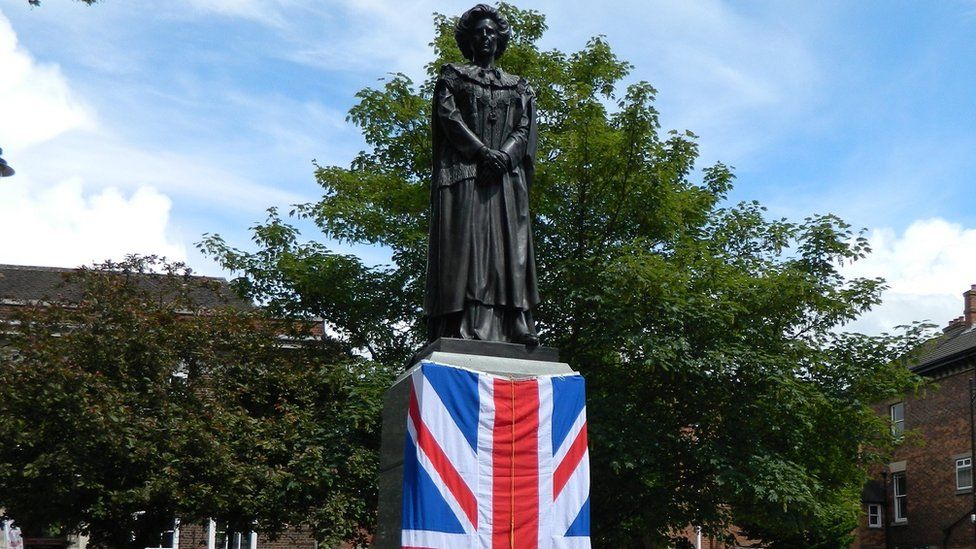 The event also attracted a number of protesters.

Shortly before the unveiling on Tuesday, a woman threw coffee in the direction of the statue.

A university arts chief was fined £90 for egging the statue hours after it was put up on 15 May. 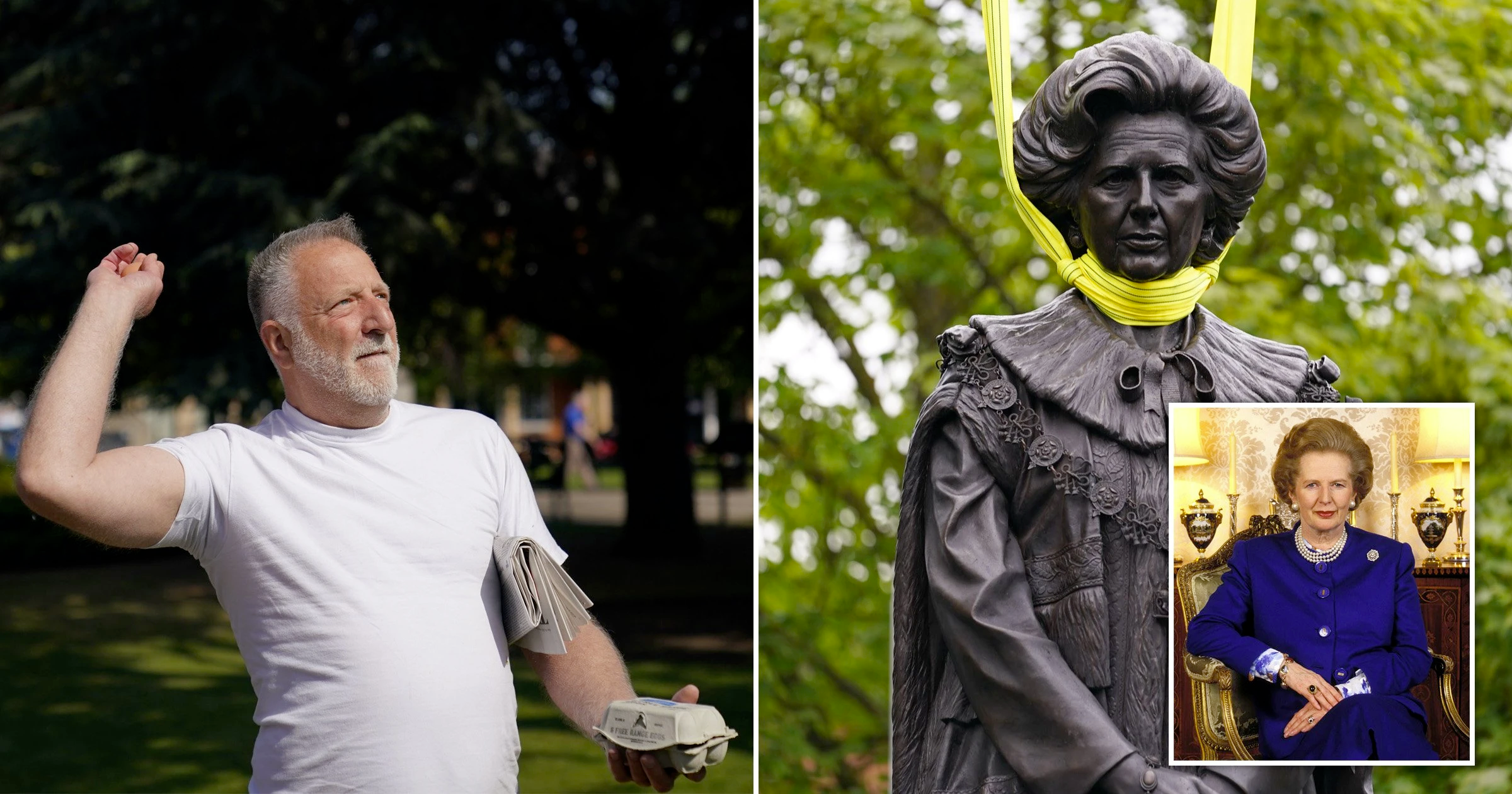 The bronze statue of the former prime minister was lowered into place in St Peter's Hill earlier this month, despite warnings it would be 'egged'.

It sits atop a 10ft (3m) high plinth under CCTV surveillance in a bid to minimise the risk of vandalism.

The sculpture was offered to South Kesteven District Council after plans to erect it in Parliament Square in London were rejected.

The council had planned for a large-scale £100,000 unveiling ceremony, but said it had been delayed due to the Covid-19 pandemic. 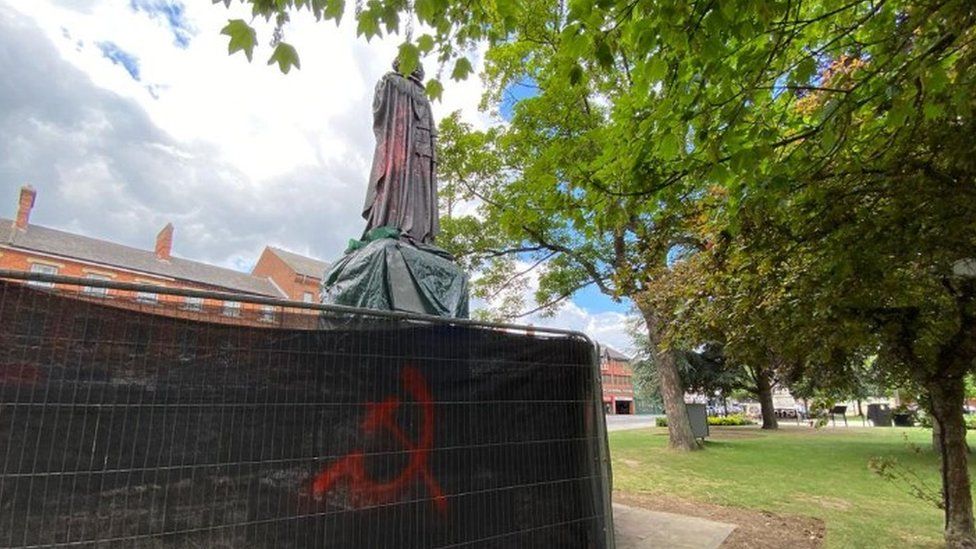 Lincolnshire Police said it was investigating the second attack, which saw the statue splattered with paint and a hammer and sickle painted on the fence protecting it at the weekend.

The only previous memorial to her in the town was a plaque on the corner of North Parade and Broad Street to mark where she was born. 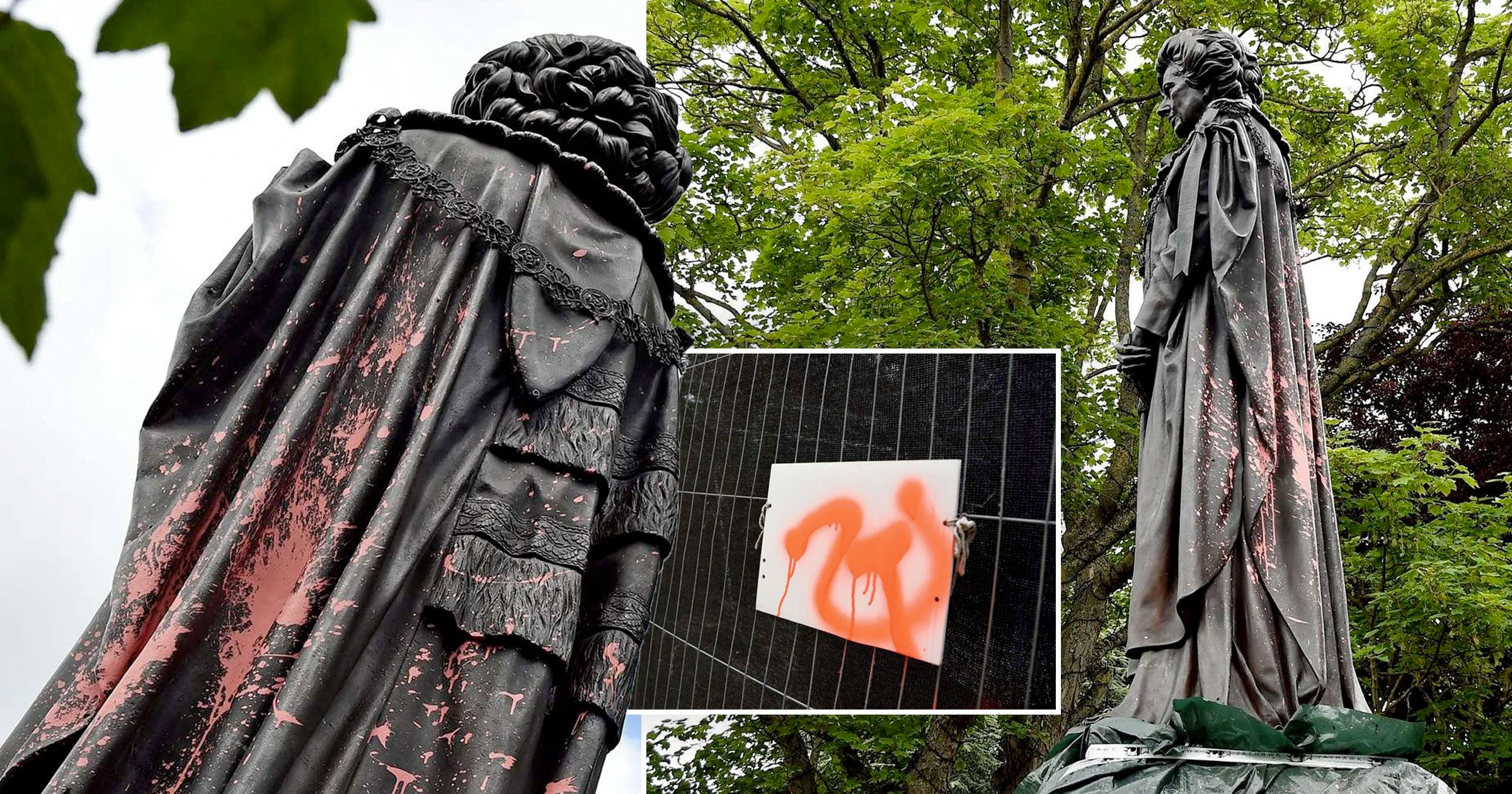 A Union flag was draped over the memorial before the mayor of Grantham, Graham Jeal, pulled a cord to uncover two plaques, with one reading: "I have fought a good fight, I have finished my course, I have kept the faith."

He told onlookers: "Mrs Thatcher was this country's first female prime minister. She was the first prime minister to have a science degree, and she was also the longest serving prime minister of the 20th Century.

"While we may not agree on everything, we must agree on these facts, and these are three facts that can never be taken away," he said.