Halifax has told customers they are free to close their accounts with the bank if they disagree with their woke values.

The shocking shun came after a number of customers hit out at a Halifax policy to include pronouns on staff name tags. 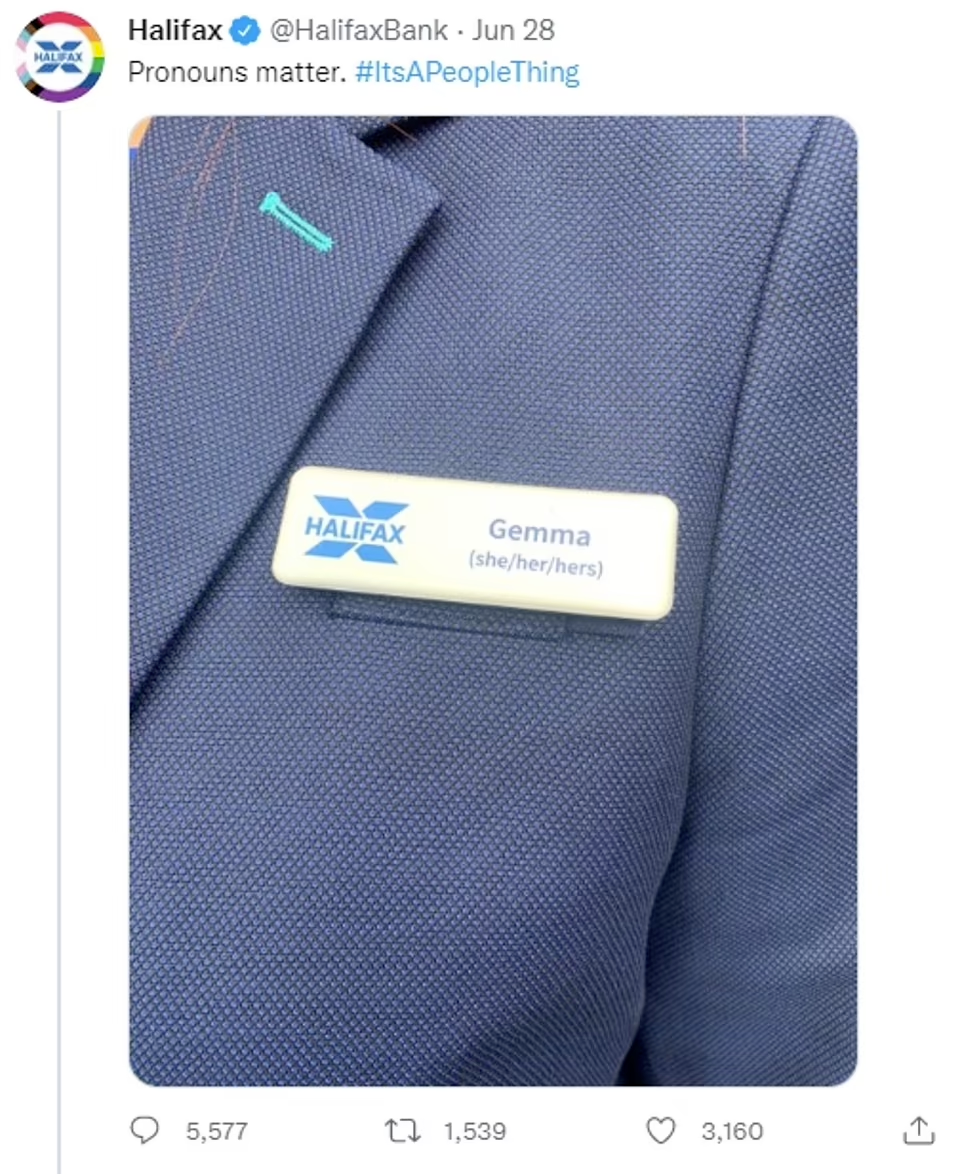 The bank shared a picture on Twitter of one of its badges, which had Gemma written on it with ‘she/her/hers’ underneath.

The move was praised by leading LGTBQP+ charity and hardline activist group Stonewall. 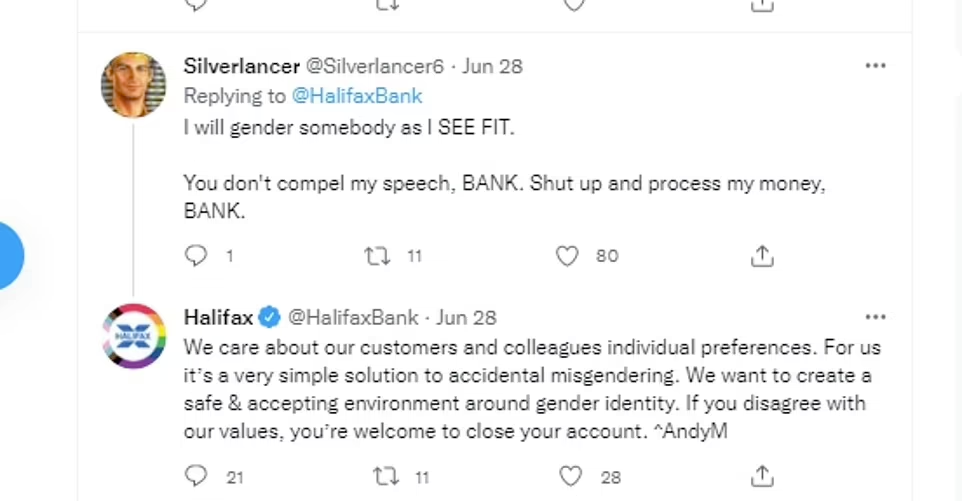 However, Halifax's pronouns badge PR disaster has sparked an exodus of customers and their savings.

Britons are closing their accounts en masse after the bank's social media team told them to leave if they don't like their new badges to help avoid 'accidental misgendering' of staff. 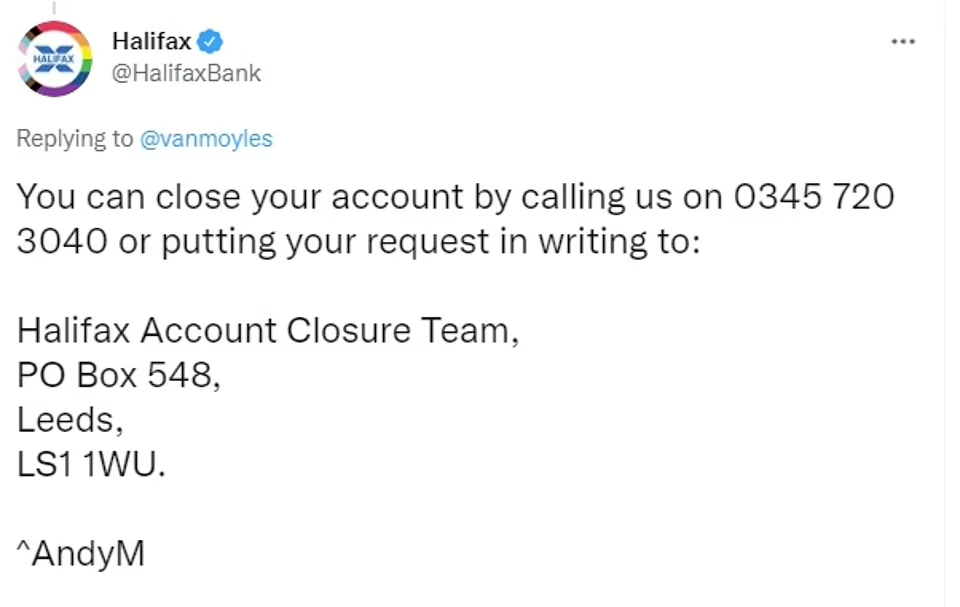 The row began this week when Halifax, which was propped up by the taxpayer to the tune of £30billion as part of a 2008 bailout, tweeted its 118,000 followers on Tuesday revealing that it would allow staff to display their pronouns on their name badges, in a post that read 'pronouns matter'.

It showed a photo of a female staff member's name badge, which featured 'she/her/hers' in brackets under the name Gemma. 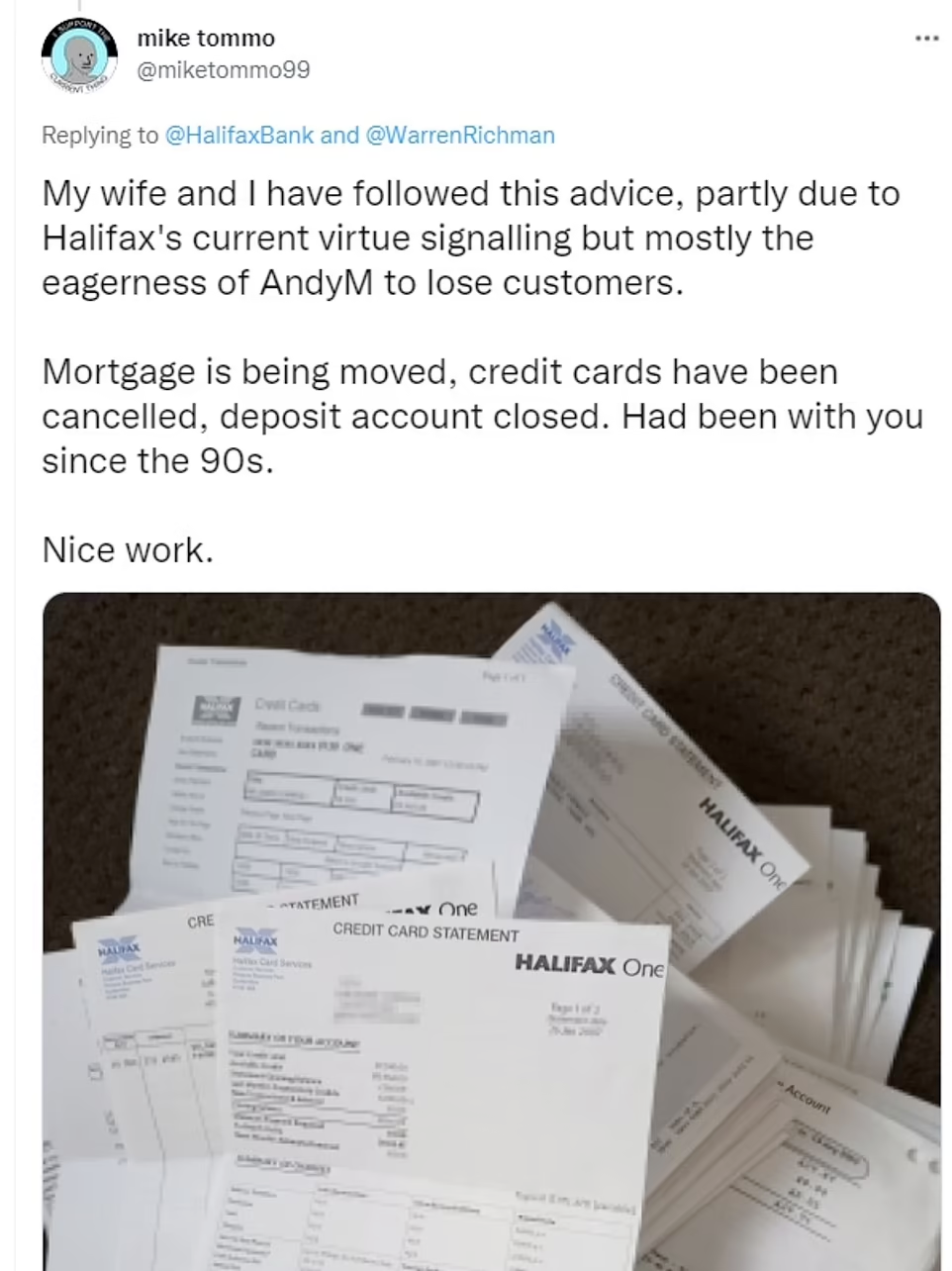 One customer replied: 'There’s no ambiguity about the name “Gemma”. It’s a female person’s name. In other words, it’s pathetic virtue signalling and is seen as such by almost everyone who has responded to the initial tweet. Why are you trying to alienate people?' Within 20 minutes a member of the Halifax social media team, calling himself Andy M, replied: 'If you disagree with our values, you're welcome to close your account'.

Andy M's response has outraged customers, and seen hundreds claiming they will boycott the bank with many saying they have closed their accounts.