British Freedom Party leader, Jayda Fransen has announced she will be standing in the Southend West by-election.

The seat was formerly held by Tory MP, David Amess, who was murdered by an Islamic Terrorist on Friday 15th October.

In a live broadcast on Purged TV, Jayda Fransen confirmed that she made the decision to contest the election after learning that this was yet another Islamic Terror attack. 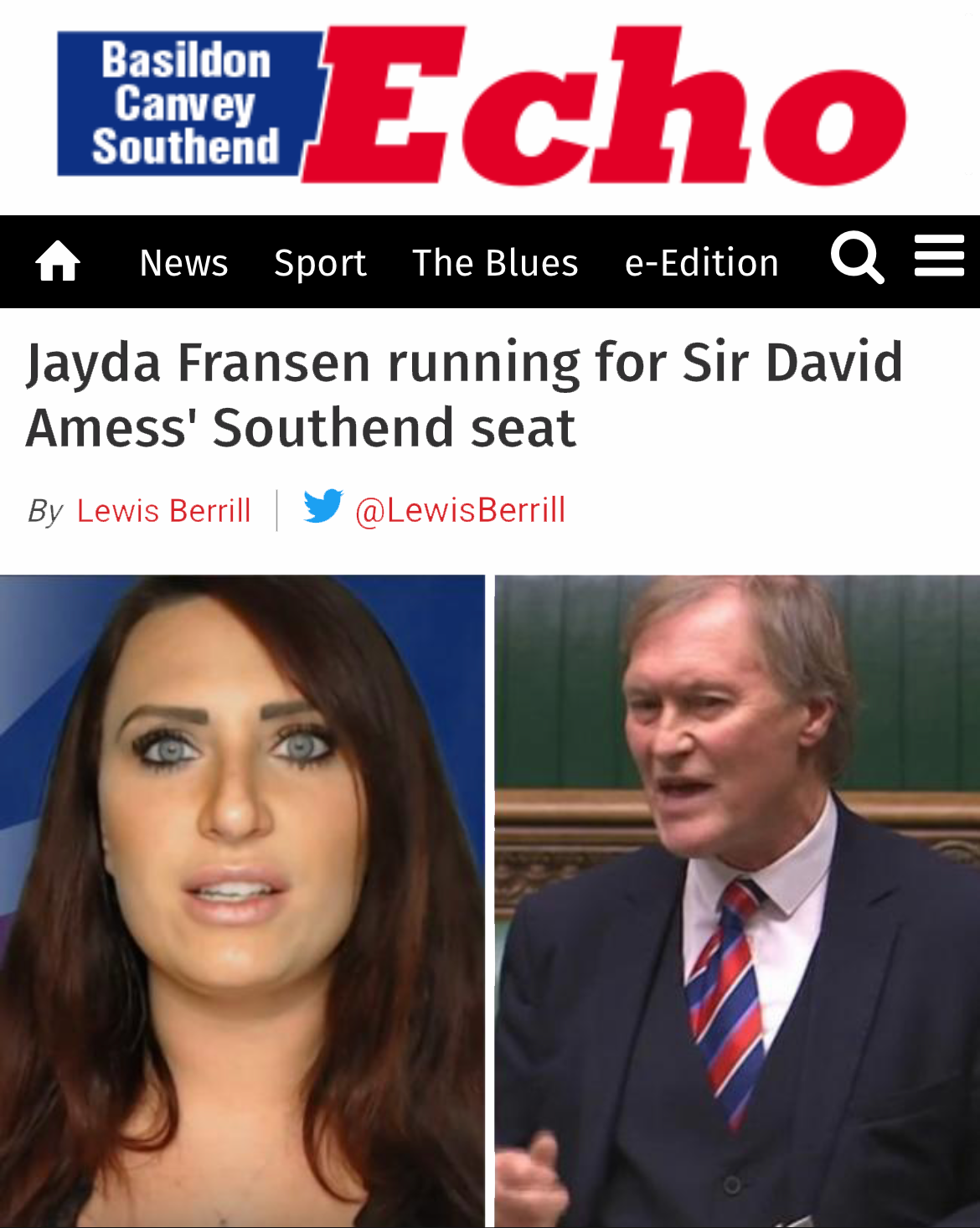 British Freedom Party leader, Jayda Fransen is standing in the Southend West by-election for the British people whom the politicians continue to place in grave danger.

By facilitating mass immigration - including the ongoing illegal invasion of our shores by dinghy folk -  the Tory government are allowing Islamic terrorism to flourish in the UK.

In the wake of the murder of one of their own colleagues, we heard how MP’s are being offered increased security… whilst there has been no mention about the safety of the electorate.

Jayda Fransen is standing against the Evil Politicians who have injected Islamic Terrorism into our nation, like an unwanted vaccine. 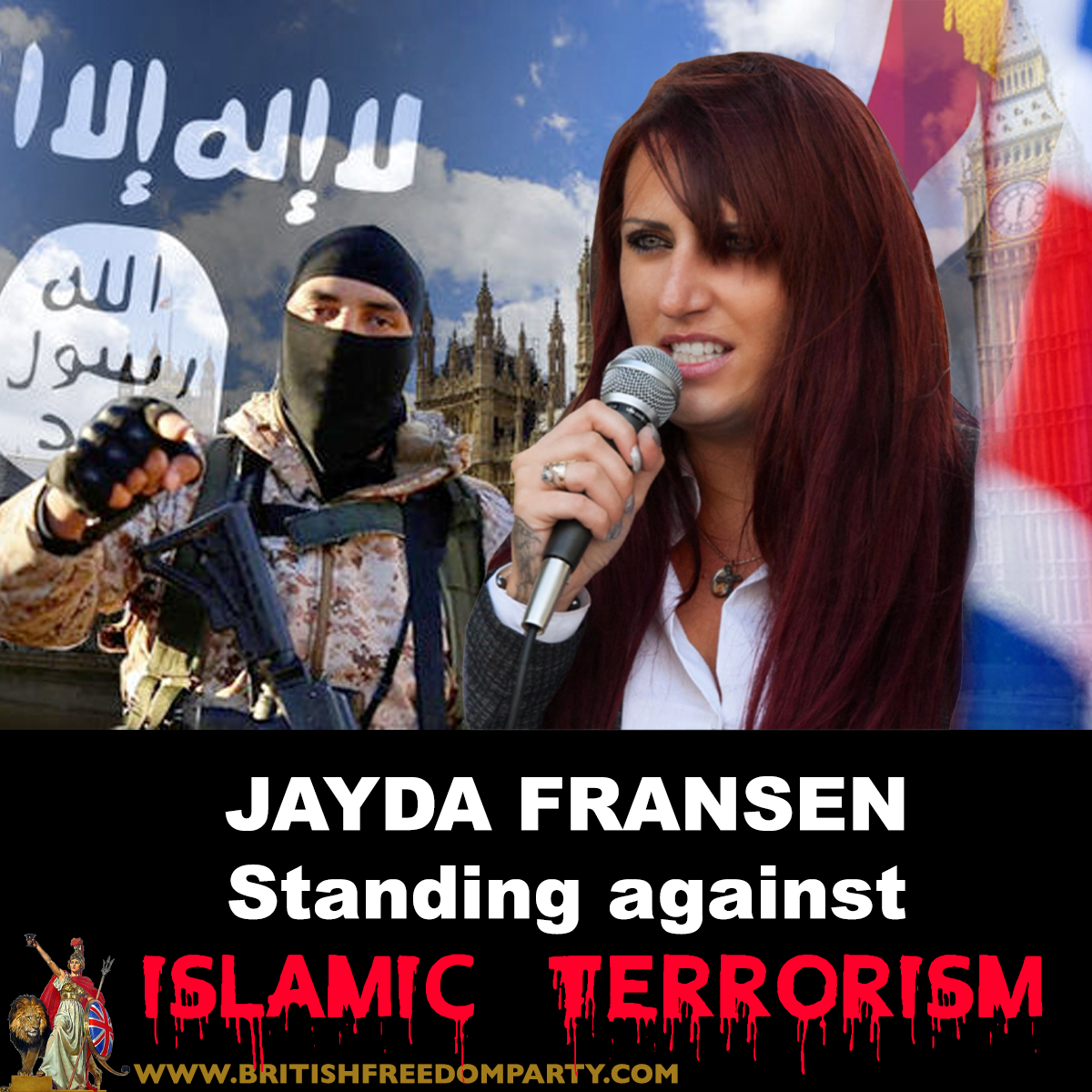 The man charged with his murder is Ali Harbi Ali, the British son a former senior Somali government official.

The devout Muslim said to have links with ISIS had been referred to Prevent, the early intervention scheme designed to turn people away from the risk of supporting violence, as a teenager in 2014.

Ali Harbi Ali, 25, has been charged with murder and preparing acts of terrorism between May 1, 2019 and September this year and is being remanded in custody. 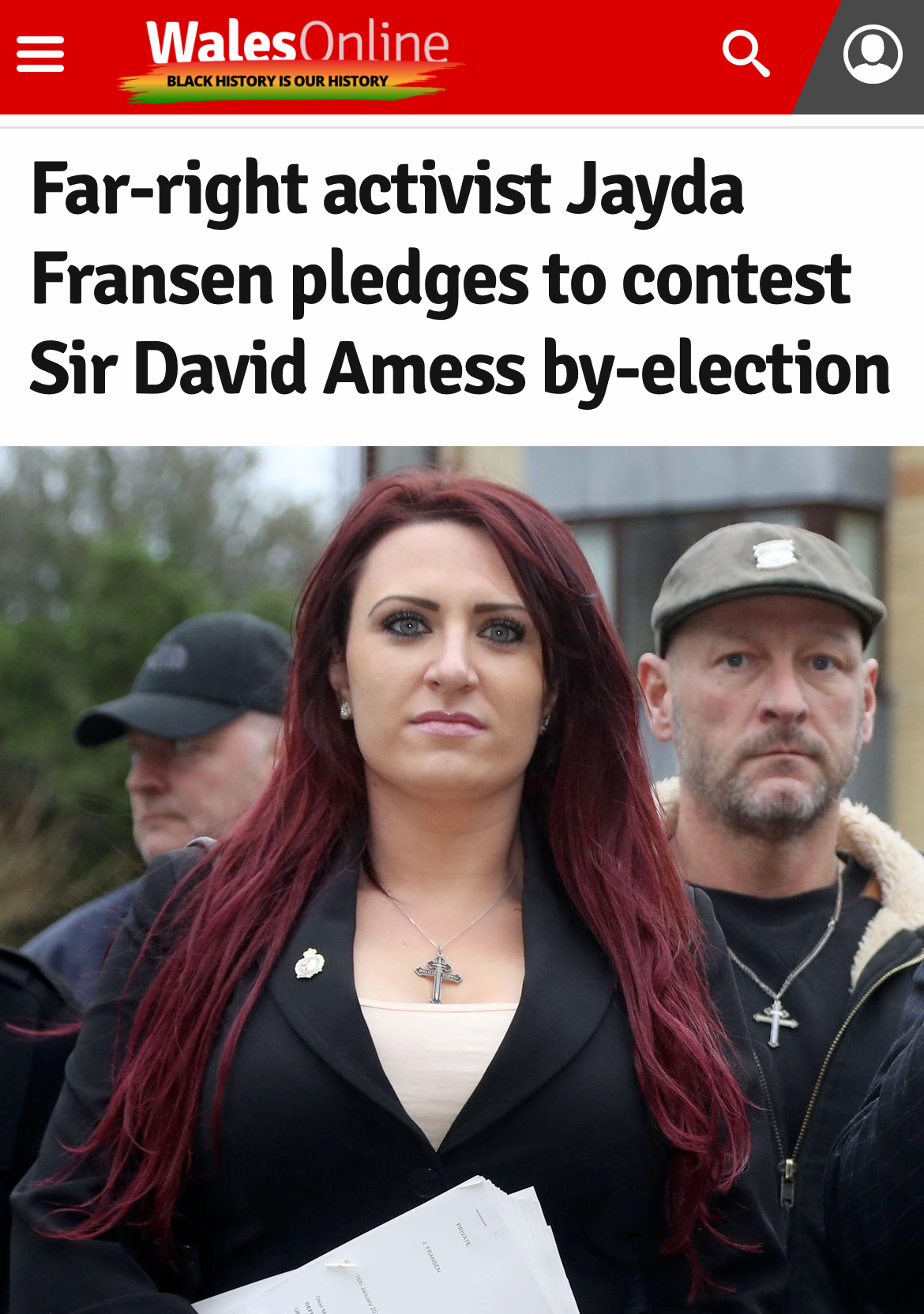 Labour, LibDems & the Greens Party announced they aren’t standing in the upcoming by-election ‘as a mark of respect’.

BFP leader, Jayda Fransen says she is standing 'as a mark of respect to the British electorate who DON’T WANT TO LIVE IN TERROR'.

Jayda has promised to hold to account the 'Evil politicians' who have supported mass immigration which has turned the UK into a 'terror-ridden hellhole'.