A D-Day hero named Corporal Bob Roberts who captured the tallest soldier in the German army during the Second World War has died.

Corporal Roberts, a 5ft 3in veteran, took the surrender of German army soldier, Jakob Nacken, who stood at 7ft 6in in September 1944.

After enlisting with the North Shore Regiment of the Canadian Army in 1942, he was sent to Britain for training. 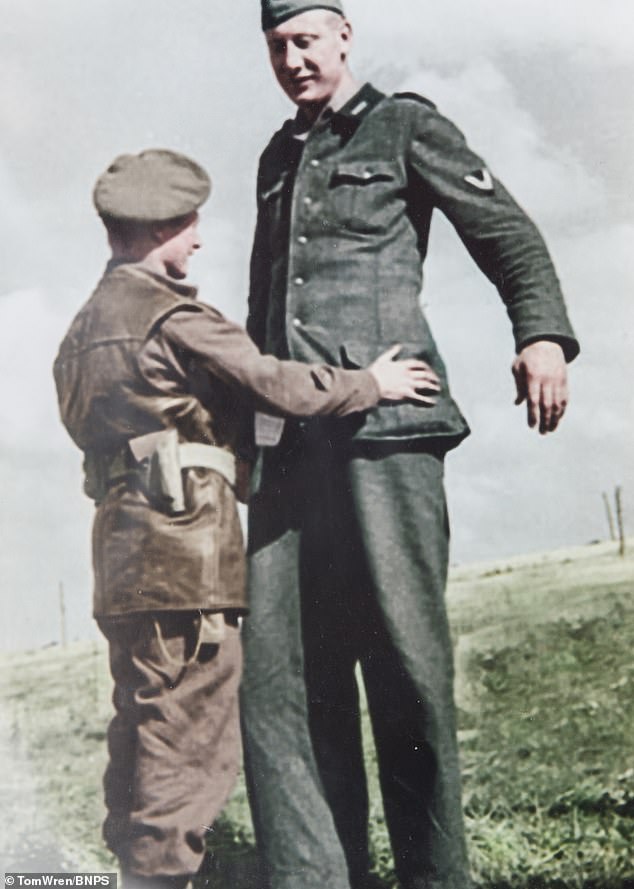 It was when his regiment took out a gun battery in Calais on September 26 that he came face to chest with the German army giant.

He had been searching a row of prisoners when he was met with Nacken, a 7ft 6in giant who had toured Europe and the US as a circus performer .

After the event, Corporal Roberts (pictured centre below) recalled: ‘My mates who were watching the rest of the men saw this giant of a guy approach me and I was aware they and the Germans were having a good laugh.’ 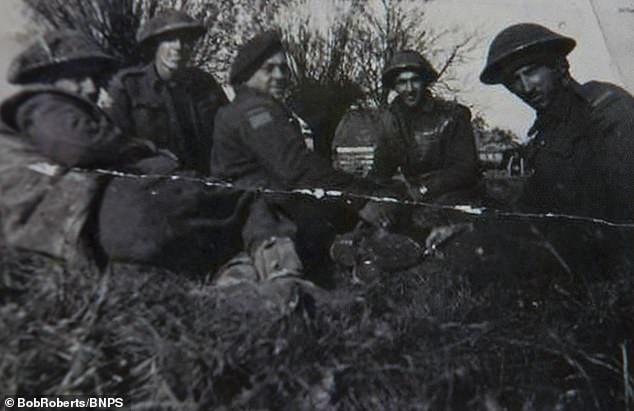 Prior to that he had been the second man to set foot on Juno Beach and was narrowly avoided being killed several times during the Battle of Normandy.

Corporal Bob Roberts and a fellow soldier managed to locate a cliff-side enemy machine gun attacking the beaches and they took it out with a gun and flame-thrower.

His other near misses included surviving a sniper’s bullet which grazed his head and killing a German who pulled a pistol on him as he was being captured. 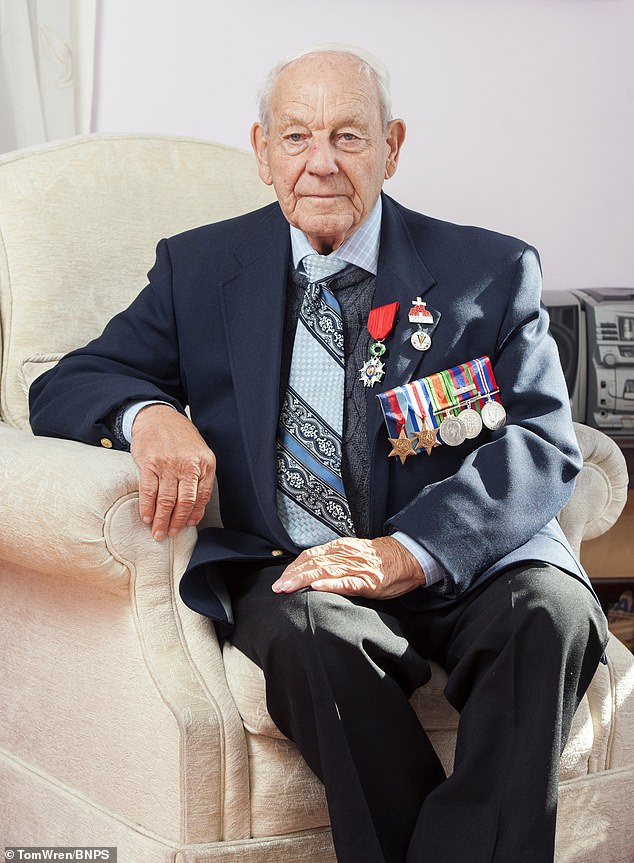 Corporal Bob Robert passed away in his sleep at Bournemouth Hospital in Dorset on 1st August 2020 following a short illness.

Bournemouth War Memorial Homes where he lived has been flying the Union Flag at half mast in his honour.