The Conservative party are standing a Muslim candidate for election in the Red Wall next month in the hope that she will be the first Conservative councillor to wear a niqab elected.

Fajila Patel, 36, says she wants to 'inspire' more women to get into politics - including those who adopt the full veil / burka - by seeking election in Blackburn Borough Council.

If successful, she will be the first Tory councillor to wear the oppressive Muslim garment, which covers the whole body except for the area around the eyes. 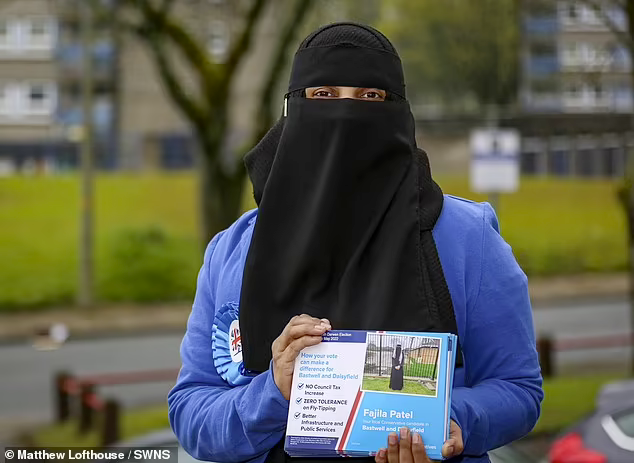 Fajila said she had 'no concerns' about Islamophobia in the Tory Party, despite a May 2021 report stating that anti-Muslim sentiment 'remains a problem' among members.

But she branded comments made by party leader Boris Johnson, comparing women wearing the full veil to 'letterboxes' and 'bank robbers', as 'indefensible' even though the article in which the comments appeared defended the right of Muslim women to wear the veil.

She said: 'I do not agree with everything a Conservative Party politician says or does.

'Some comments are indefensible. I am not trying to make a statement I am just trying to show that as a woman I can make a difference.'

Fajila will stand as a councillor in the Bastwell and Daisyfield ward of Blackburn on May 5, where nearly 84 per cent of people are of Muslim faith. 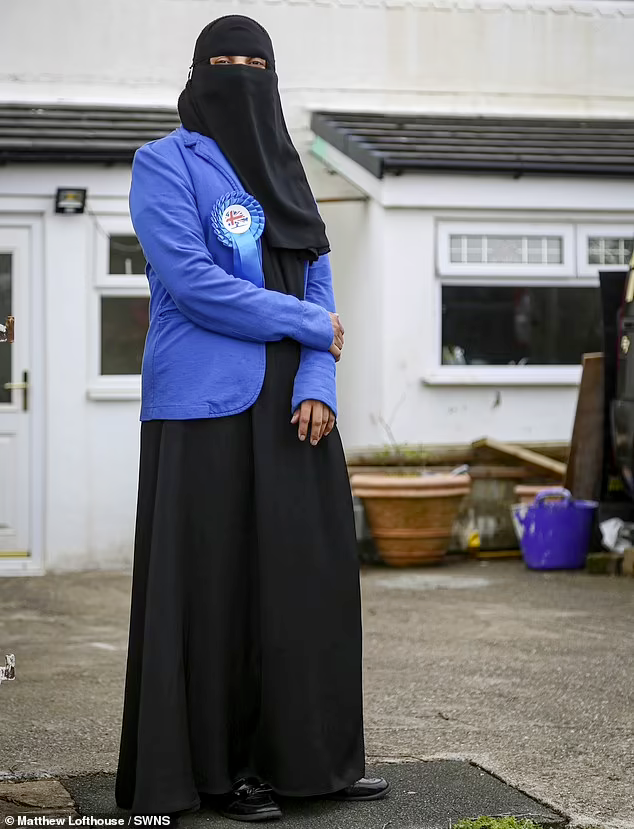 Julian Arnold, who is chairman of Blackburn Conservative Association and a parish councillor, said Fajila's candidacy in the upcoming local elections was a 'breakthrough'.

He said: 'Fajila is a wonderful person, supporting her large family and Tiger, but wants to make a difference to break down boundaries and help her community.

'We continue to make groundbreaking moves to advance the Conservative Party in Blackburn.'

'Michael Gove wants to meet Tiger and Fajila when she gets in, fingers crossed. It's what the Conservative party is about - and we are ground-breaking.' 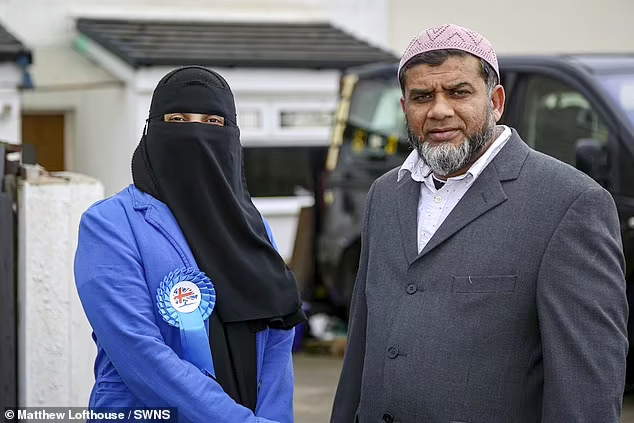 Her husband, Tiger Patel, 52 (pictured above), who is already an elected councillor, said he believed his wife might be the first sitting councillor of any party to wear the niqab if she is elected on May 5.

He said: 'This is the first woman in the UK standing in the Conservative party, in any party, who wears the niqab.'

'The local Conservative Party has been supportive, and she wanted to help break down barriers. I am supporting her much as I can.'