THIS DAY IN HISTORY: Habeas Corpus Act 1679 passes in England

On this day, 27th May, in 1679, Habeas Corpus Act passes in England, strengthening a person's right to challenge unlawful arrest and imprisonment.

The writ of habeas corpus had its origins in British common law, predating Magna Carta.

In its modern form, however, it was never enacted into law until the Habeas Corpus Act of 1679. 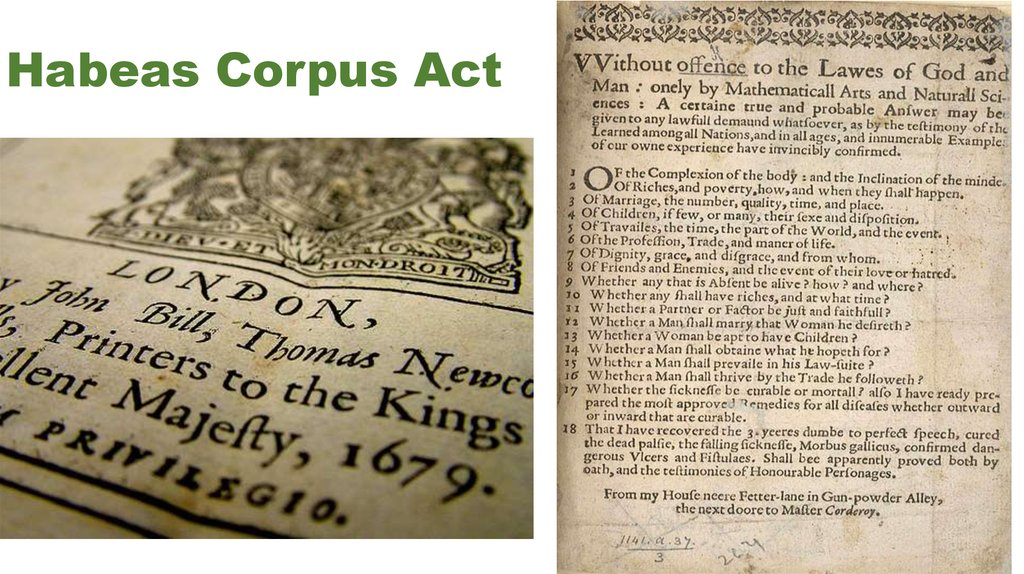 Parliament passed the law during the reign of King Charles II (reigned 1660–1685) fearing that the king’s Catholic brother James (reigned as James II, 1685–1688) might succeed him and disregard English liberties.

The act, which guaranteed the privilege of the petition and set forth the requirements for its execution, remains in effect in England today.

It also influenced the framers to include habeas rights in the U.S. Constitution. 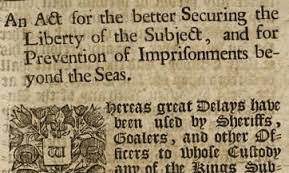 King John’s Magna Carta guaranteed to all free men immunity from illegal imprisonment, a guarantee that has traditionally been invoked by way of the writ of habeas corpus.

Under the concept of habeas corpus in Anglo-American jurisprudence, persons who are deprived of their liberty have the right to challenge the legality of their arrest or detention through a judicial inquiry.

Habeas corpus is a Latin phrase meaning “produce the body.” 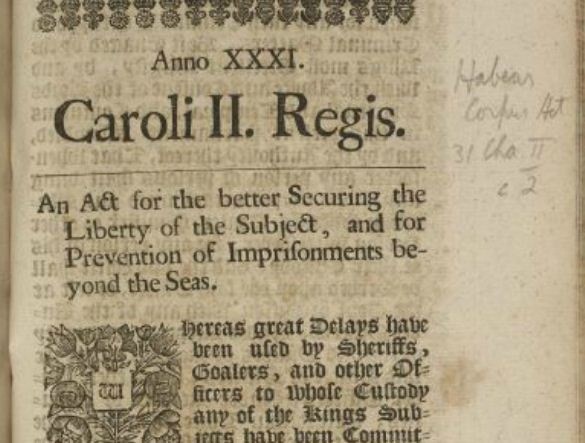 By means of the writ of habeas corpus a court may order the state to “produce the body,” or hand over a prisoner so that it might review the legality of the prisoner’s detention.

Although King John’s Magna Carta did guarantee protection from unlawful imprisonment, it did not establish a process by which a person might sue for his freedom.

It was reaffirmed in the Habeas Corpus Acts of 1640 and 1679 and appears frequently in discussions of constitutional rights throughout the era leading to American independence. It is one of the fundamental liberties mentioned in the body of the United States Constitution.