SpongeBob SquarePants is the latest character on Nickelodeon to be sexualised, despite being a cartoon for young Children.

The LGBTQP+ community have hijacked the much loved character following the announcement on social media by Nickelodeon.

Parents around the world have been horrified to see the children’s TV channel share a post about inclusivity to mark 'Gay Pride Month' on Saturday.

A Twitter post shared by the network shared  a drawing of SpongeBob basking in rainbow light alongside some other Nickelodeon characters with the following statement: “Celebrating #Pride with the LGBTQ+ community and their allies this month and every month,” along with rainbow emojis. 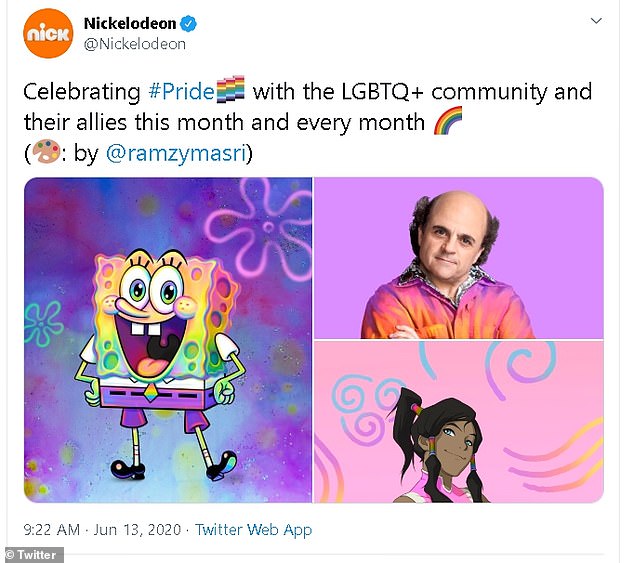 Nickelodeon turned off the facility to reply / comment on their post but many accounts posted to express their disgust at the announcement.

One post said:  "It's not the fact that he's been revealed as gay that angers me...I'd be mad even if they had announced that he is a straight male...just stop sexualising cartoons to appease the radical left..."

While others said they will not allow their children to watch Nickelodeon because they were sexualising the characters.