The three former footballers were familiar faces to viwers across the UK who tune in for live updates on Soccer Saturday each weekend.

A so-called 'revamp' has seen Le Tissier, 51, Thompson, 66, and Nicholas, 58, axed from their roles ahead of the coming season on the popular show hosted by Jeff Stelling, 65. 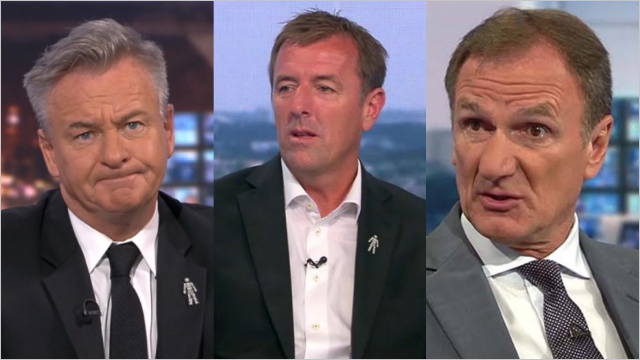 The decision follows a row in June over Black Lives Matter badges, after Le Tissier claimed Sky bosses had asked him to wear one on air as the movement gathered pace and the broadcaster used BLM branding across its output.

The 51-year-old pundit said: "I just don't agree with some of the points of that movement - specifically the defunding of the police and the anti capitalist points are things I do not agree with."

The likes of black ex-footballers Micah Richards, 32, Alex Scott, 35, Clinton Morrison, 41, and Sol Campbell, 45, have been suggested as their possible replacements.

The changes faced huge criticism online over claims that Sky Sports are following in the footsteps of other broadcasters such as BBC and Channel 4 in making anti-white, racist selections. 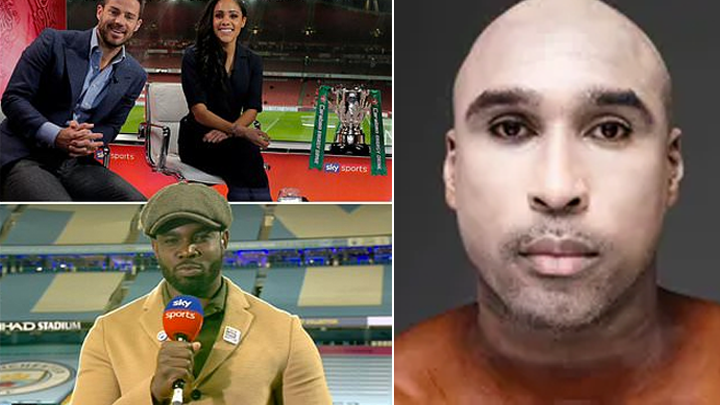 Wright said: 'The racism is going through the roof today. Can somebody just answer me this: What does Micah Richards, Alex Scott, Sol Campbell, Clinton Morrison, or any other black pundit have to do with Sky's decision to get rid of these guys?

'All because three middle-aged white guys have got the sack. I kiss my teeth, say raasclaat and all that sort of stuff. What have they done, what have these guys done?

'Because a black person or a woman might get the opportunity to do this job. They might get a chance to do this show. Why are people upset?'.

Le Tissier, Thompson and Nicholas were told during a meeting with chiefs yesterday that their time on the show was up, but ex-Arsenal star Paul Merson was retained.

Stelling tweeted: 'One of my saddest days ever at Sky Sports with the departures of three of my best mates. They have been part of a team that for me was the best.'

Former Liverpool defender Thompson tweeted: 'Enjoyed every minute with some amazing people on the show and behind the scenes which made it the iconic show it is today. Good luck to Sky, Jeff, Merse and the new gang on Soccer Saturday.'

Earlier this month Le Tissier announced he would be temporarily quitting the social media platform Twitter, saying he had been repeatedly targeted by cyber bullies who were attempting to force him out of his job.

The Southampton legend had been outspoken on social media about various subjects including the ongoing coronavirus pandemic. 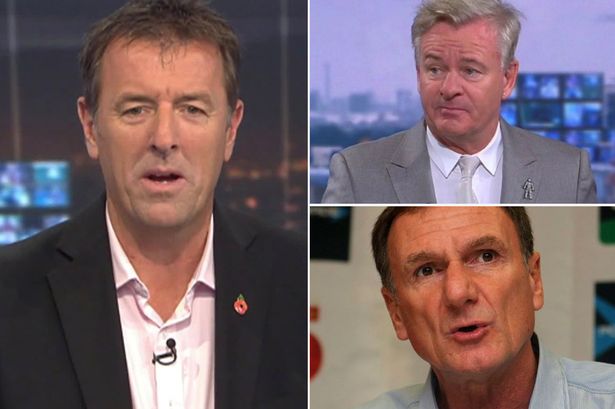 Sky has only so far issued a bland statement saying: 'We are changing some parts of our football coverage - Matt, Charlie and Phil have done a great job for us over the years, and they will leave us with our sincere thanks and very best wishes.'