The 'Woke' Royal Mail has controversially banned its postal staff from flying the flag for England at Euro 2020.

All flags are barred from the firm’s 45,000 vans and lorries.

A postman in south London said: 'We want to show a bit of patriotism, but the woke attitude means bosses won't let us fly flags now.

'We used to be allowed to put up flags, especially on vans.' 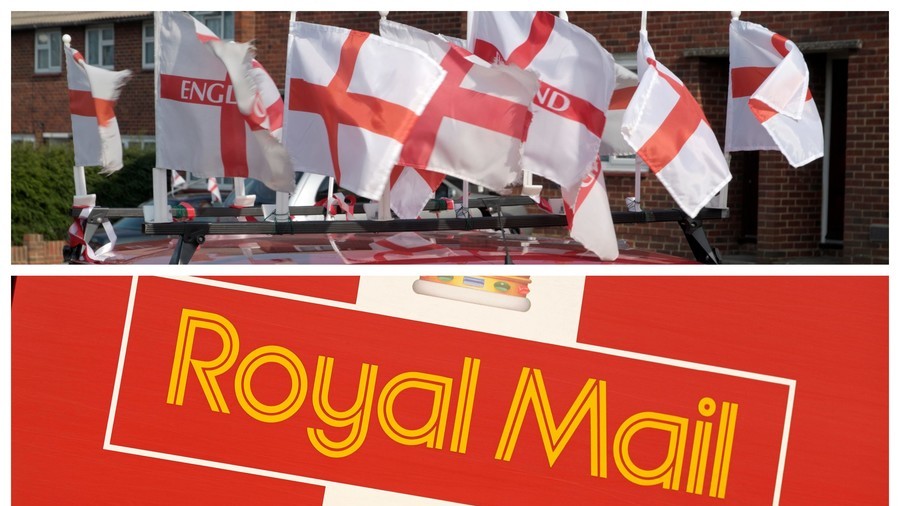 A Royal Mail van driver in south London said: 'The company says we can't show our support for England due to health and safety.

'Lots of us used to decorate vans with flags, or stickers making a St George's Cross.'

Another south London postie said: 'We used to enjoy putting up flags, but we're not allowed now, even on trolleys.'

the decision has enraged customers who have taken to social media to express their disgust at the Royal Mail's 'wokeness'.

A Royal Mail spokesperson said: "Road safety for our drivers and other road users is our top priority. Royal Mail oversees a policy which prohibits temporary fixtures being attached to vehicles as they can obscure the driver's view. Such items can also pose a potential hazard to other road users if they are lost when the vehicle is moving.”