Pizza Hut is facing calls for a boycott after it promoted a twisted children's book which features a little boy who dresses in drag.

Since 1984, the pizza chain has been running a children's reading scheme called 'Book It'. 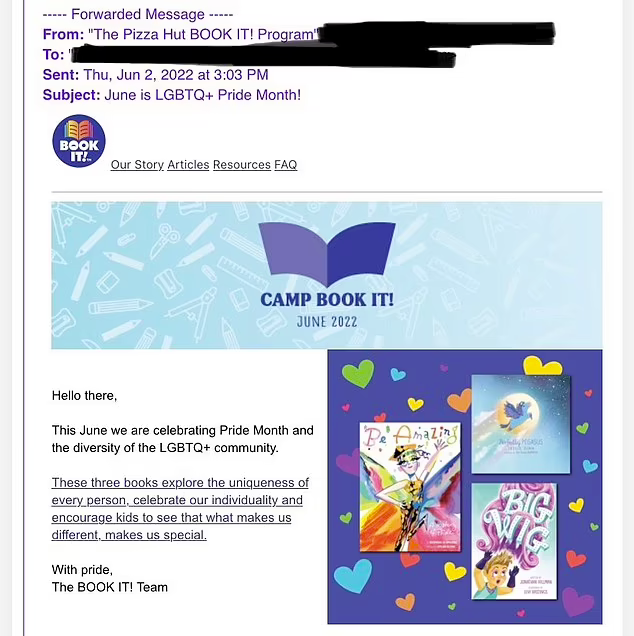 The scheme sees kids awarded certificates from their school for completing books, which can be cashed in for a free pizza.

Dozens of books are added to the list on a regular basis, but its latest addition has sparked fury. 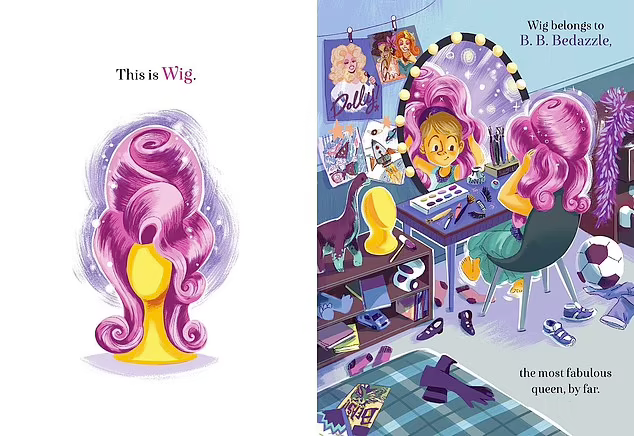 The publishers, Simon and Schuster, said the book, published in February, 'celebrates the universal childhood experience of dressing up and the confidence that comes with putting on a costume.'

They added: 'And it goes further than that, acknowledging that sometimes dressing differently from what might be expected is how we become our truest and best selves.'

The book, 'Big Wig' by Jonathan Hillman (pictured below), tells the story of a little boy who likes to dress up as a woman, and whose wig gives magical powers to those who wear it. 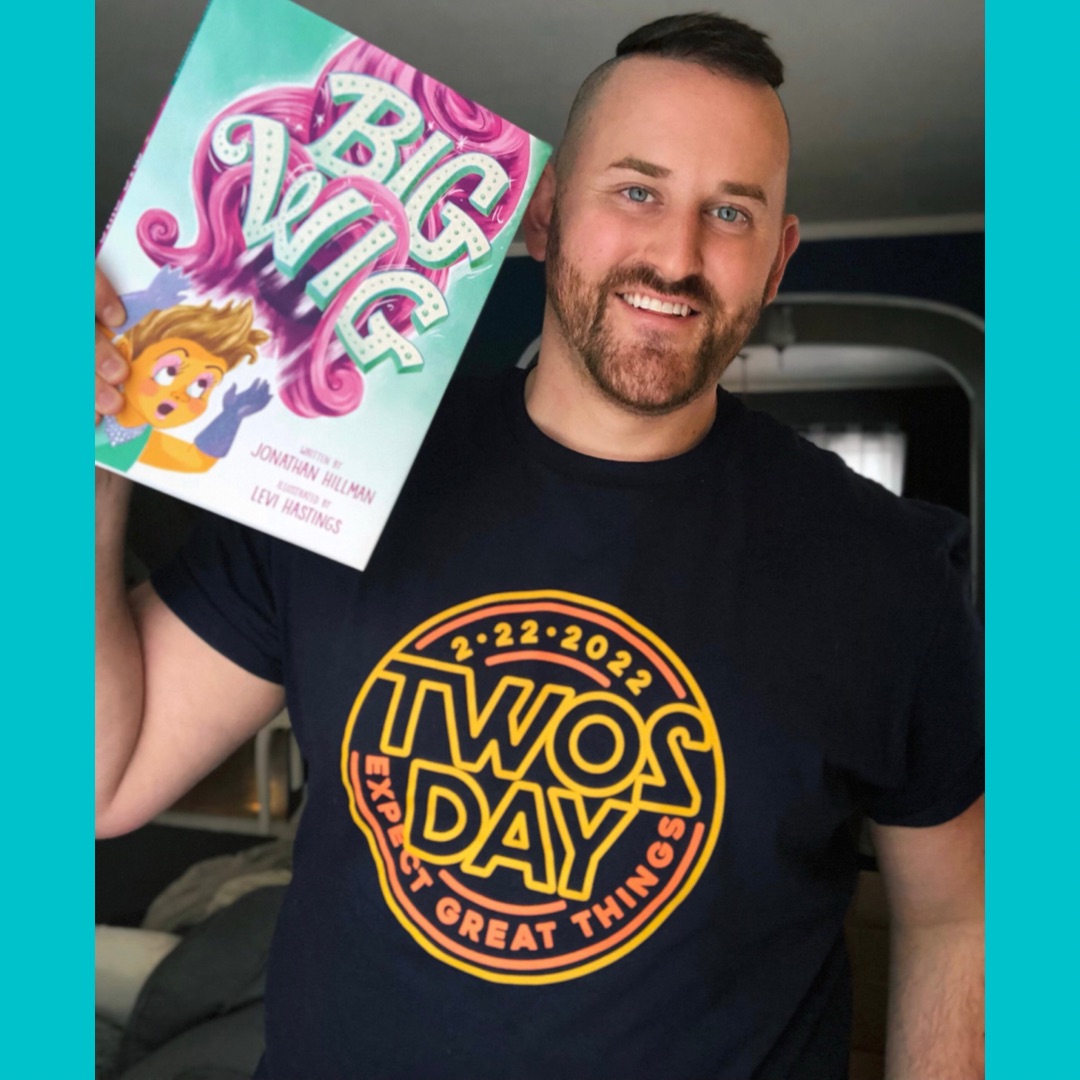 The decision to promote the book sparked immediate backlash.

Jack Posobiec added: 'I warned you about what Pizza Hut had become but you weren't ready to hear it.' 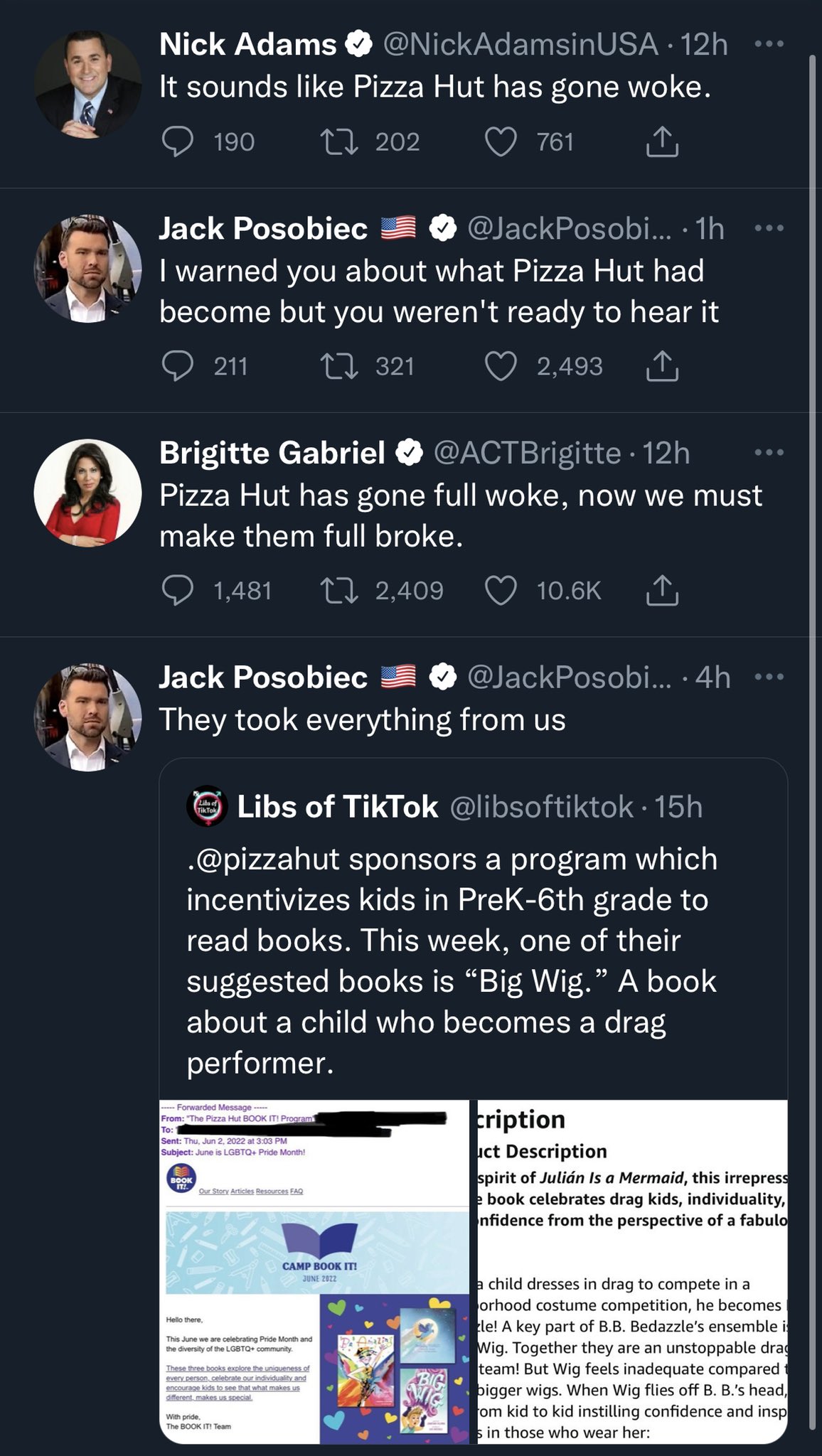 Radio host Todd Starnes said: 'Over the past few years #pizzahut has had to close hundreds of restaurants.

'Maybe they should spend more time perfecting their pizza instead of grooming preschoolers to be drag queens?'

We are sick to death of Big Corporations trying to groom and indoctrinate our children!

Join the ONLY party that will STAND up to these Deviants!