The Head Master of Pimlico Academy has agreed to stop flying the Union Flag after mass protests by unruly pupils.

Students, parent and even teachers took part in a mutiny at the school where the British flag had been removed and burnt by pupils last September before it was put back up.

Over the weekend, anti-British graffiti appeared on the school walls saying: 'Ain't no black in the Union Jack', 'White schools for brown kids are u mad' and 'Pimlico Academy...run by racists...for profit'. 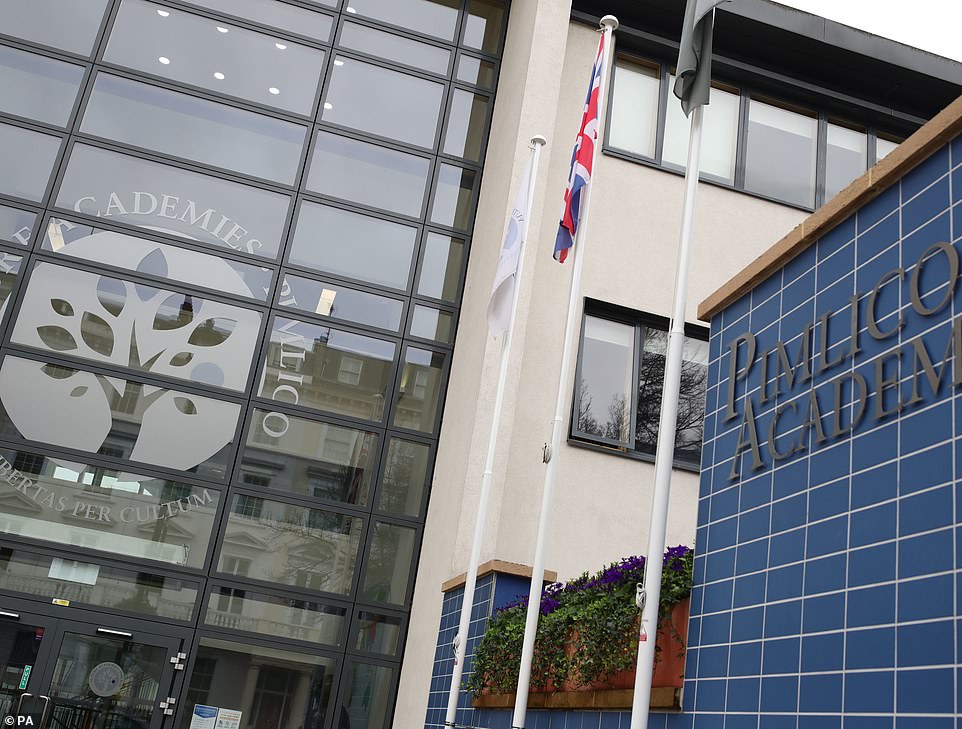 Head Master Daniel Smith has agreed to bow down to the demands of these undisciplined students and remove our national flag from the London school.

The new head teacher, Daniel Smith's 'back to basics' regime overseen by the school's parent academy chain, is chaired by the Conservative peer Lord Nash, 72. 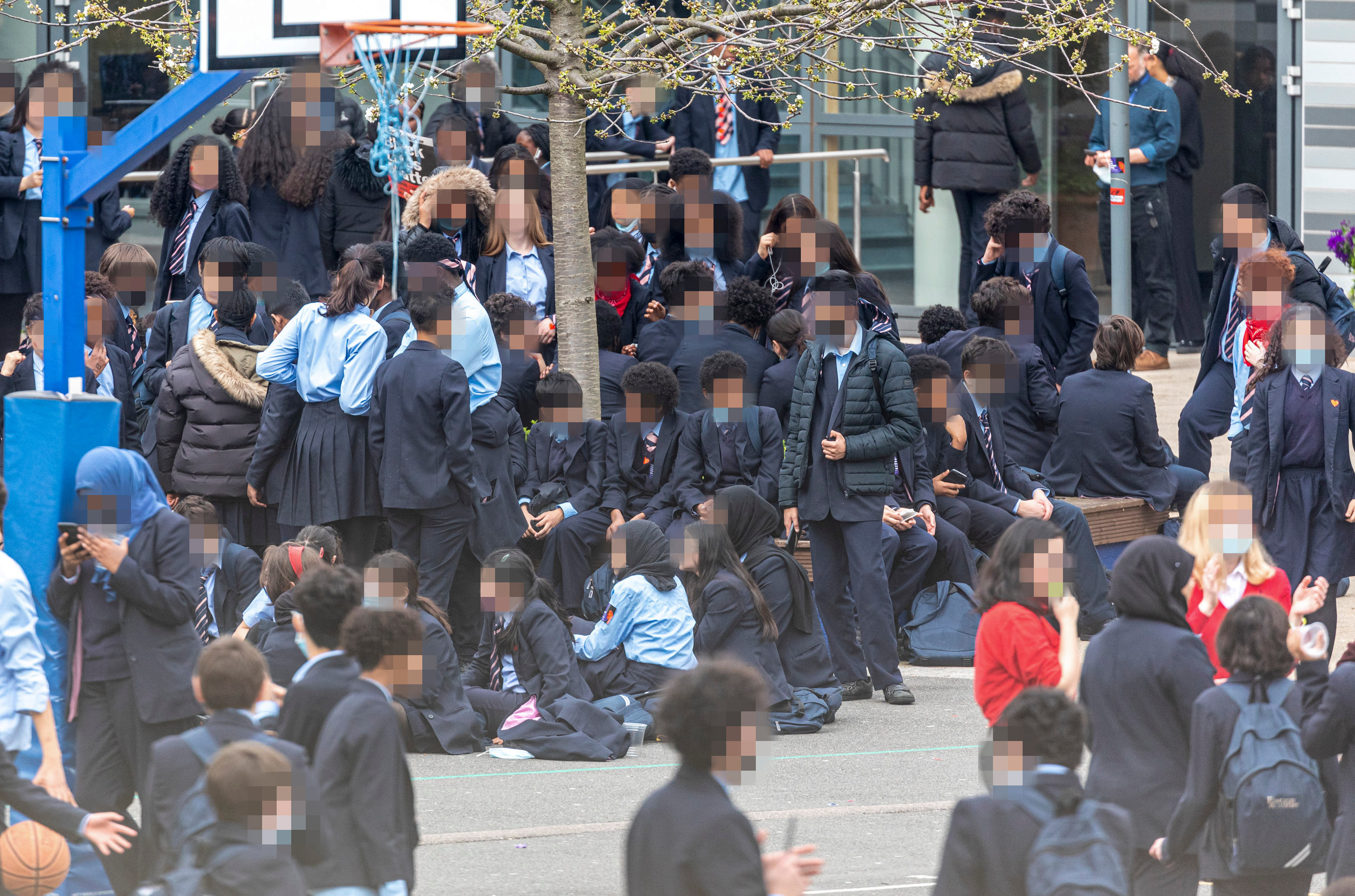 Critics claimed this was discriminatory against Muslims and people with Afro hairstyles at the school, where three quarters of children are from ethnic minorities.

Following changes to the history curriculum to make it more chronological, anti-British protesters claim this emphasised white kings and queens over BAME figures.

In addition to graffiti at the school, stickers saying 'Fight Racism' and 'Fight Fascism' have been stuck over prominent areas in the school. 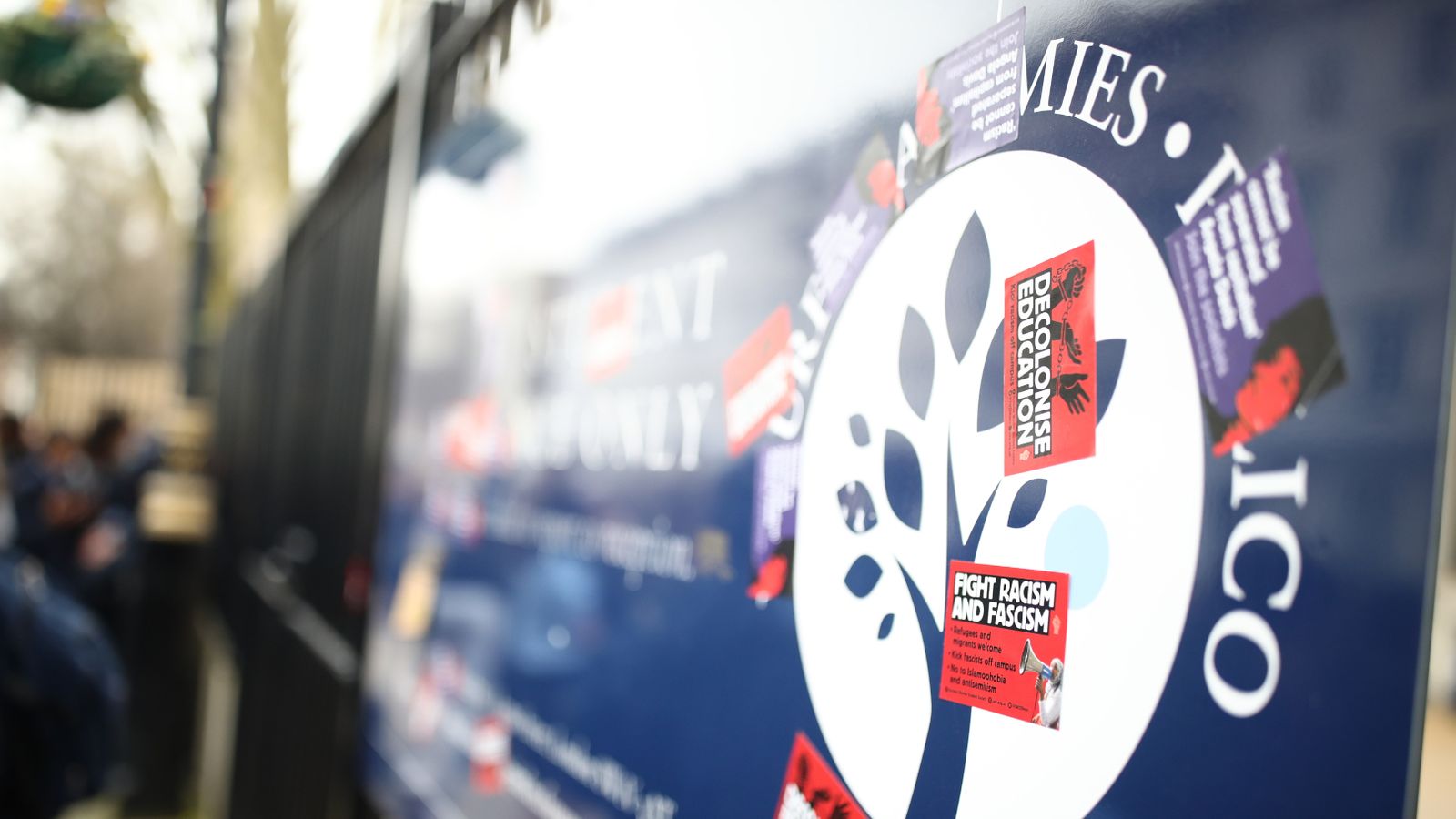 In an extraordinary act of appeasement, the Head Master has agreed to comply with every demand made by the anti-white protestors.

This will see Pimlico Academy amend their allegedly 'racist' uniform policy, review the curriculum that 'focuses on white kings and queens' and no longer fly the Union Flag.

The school's headmaster Daniel Smith has not only acquiesced to the pupils' demands, he even praised the protesters, saying the flag will come down 'pending a review'. 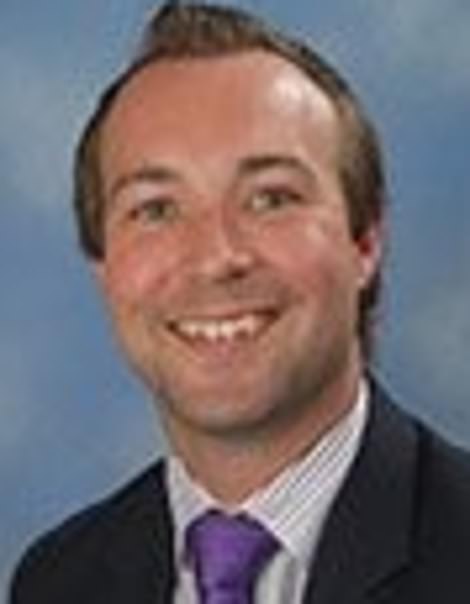 He said in a statement: 'The right to protest is a civil liberty which, in the United Kingdom, we all enjoy, one that was hard fought-for and which not everyone in the world is fortunate to have.

'Our students are bright, courageous, intelligent young people, passionate about the things that matter to them and acutely attuned to injustice. I admire them hugely for this though I regret that it came to this.'

He added: 'The issue of the flying of the Union flag was discussed at length. We acknowledge that this symbol is a powerful one which evokes often intense reactions. We have listened to the concerns of students, parents and the wider community about it.

'After Easter, we will conduct a review of this and, as part of that, consult with all the academy's stakeholders to elicit their feedback. In the meantime, and until that review is concluded, the Union flag will not be flown at the academy.'

He goes on: 'Sixth Form student representatives raised concerns about certain aspects of the academy's Uniform Policy. I was able to reassure students that their previous representations on these points had been the motivation for reflection which, in turn, resulted in revision to the relevant polices taking place. These redrafted policies are the ones I shared with you this morning and remain available to download below.'

The new uniform policy, brought in by Mr Smith last year, decreed that hairstyles which 'block the view of others' would not be allowed and hijabs 'should not be too colourful'. The policy has now been changed to simply say that hair should be 'neat and tidy'