The NHS have removed the terms 'women' and 'girls' from guidance about periods.

A website set up by the Welsh Government to give advice about menstruation refers to them as 'people who bleed' and 'half of the population'.

The guidance on periods has been published by Bloody Brilliant, an online resource funded by the devolved Labour Government.

It was set up in 2021 with the aim of 'breaking the taboo around periods by encouraging conversation on one of the most normal, natural topics'. 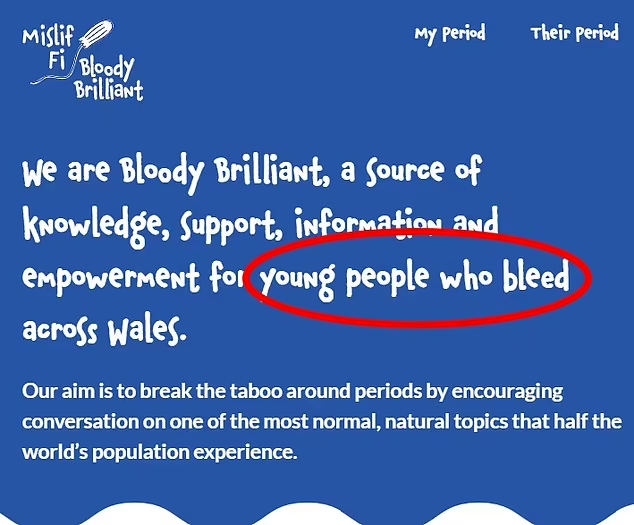 Bloody Brilliant was set up in August last year by the NHS Wales and the Welsh Government, costing the taxpayer £84,000.

It was set up by English creative agency Social Change UK. The non-for-profit site describes its role as helping to inform and demystify periods.

'We are Bloody Brilliant a source of knowledge, support, information and empowerment for young people who bleed across Wales,' the website reads

'Our aim is to break the taboo around periods by encouraging conversation on one of the most normal, natural topics that half the world’s population experience.' 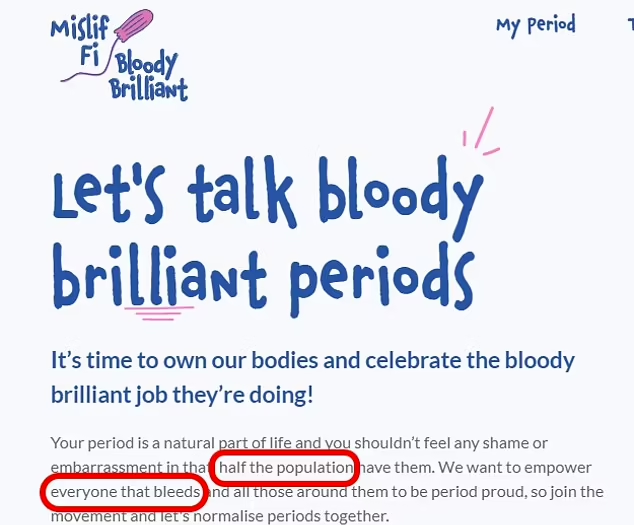 The website consists of half a dozen period related topics, including the science behind menstruation, advice about using period products such as tampons, and how to support those going through the process.

But it fails to mention women or girls once in its guidance, instead being described as 'anyone with a uterus'.

In its description of puberty, the terms are omitted in favour of 'child'. 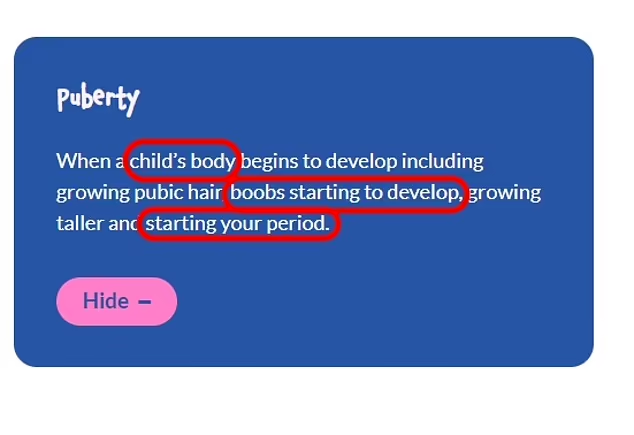 'When a child’s body begins to develop including growing pubic hair, boobs starting to develop, growing taller and starting your period,' the website reads.

In a section about ending period stigma, the website ironically says: 'No more hiding, covering up or awkward euphemisms, we need some straight-talking.'

The NHS is publicly funded and should be BANNED from pushing this WOKE AGENDA!

DO YOU AGREE? IF SO, JOIN THE BRITISH FREEDOM PARTY!