A mother has told how she 'felt like she was dying' after she was ordered a wear a face mask whilst giving birth during the 'Covid pandemic', despite this being against official guidance.

Rosie a 39-year-old from London, welcomed her third child in December and claims she was told to wear a face covering by maternity staff while she was in advanced labour, which brought on panic attacks.

She has a condition called emetophobia, which is a phobia of vomiting; Rosie said the mask 'smelt like vomit', so while she was wearing it she felt nauseous and became very distressed.

In a fit of panic, Rosie actually ripped off the mask at one point, but was told she had to put it back on.

Guidance from the Royal College of Midwives (RCM) and the Royal College of Obstetricians and Gynaecologists (ROCG), first published in July 2020, says women shouldn't be asked to wear any kind of facial covering during childbirth, including both natural labour and caesareans, because of the risk of harm and complications.

However, a new report by BBC News found hundreds of women in the UK have been made to wear face masks while giving birth during the pandemic.

Research by the charity Pregnant Then Screwed suggested an average of one in five pregnant women who took part in the research were told to wear a face covering while in labour.

Out of 936 women surveyed who gave birth in December 2020, 160 women said they were instructed to wear one. 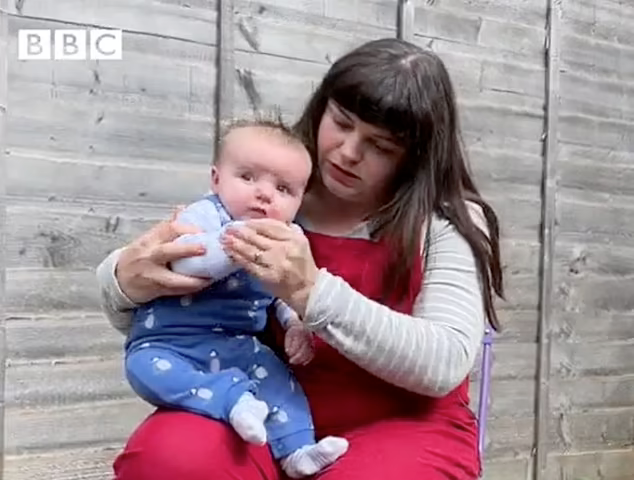 Rosie told BBC News: 'I felt like I was dying, because I was in so much pain. And while I'm pushing my baby out, I have this mask on my face, and the feeling of claustrophobia is just massive.

'The mask smelt like vomit and it made me really nauseous, and when I feel like I'm going to be sick, I start to panic.

'So in amongst the claustrophobia and the pain, I was frightened that I was going to be sick inside my mask. I was just so frightened and the whole thing was so scary.'

A senior director of professional midwifery told BBC News some health professionals may not understand the guidance on face coverings and childbirth during the pandemic, so some pregnant women were made to needlessly wear face masks while in labour. 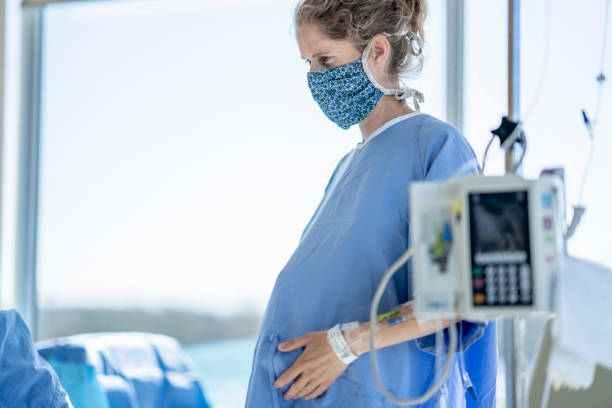 Dr Mary Ross Davie, director of professional midwifery at the Royal College of Midwives said: 'I would hope that it would be a rare situation that a woman would be asked to wear a mask in labour.

'All health professionals from the beginning of the pandemic were having to respond to such rapid guidance and change all of the time.

'For many on the clinical frontline they have found it really difficult to keep up to date with what the latest guidance is.

'I think sometimes what has happened is that some health professionals may not have understood when someone is in labour they should be exempt from wearing a mask.'

Celia Venables, head of communications for Pregnant Then Screwed said: 'From the women we have spoken to, wearing a mask has added complications and distress for them.

'We had one lady who vomited, we had others who have been unable to breathe.

'These are things that are avoidable and that's just simply by following the guidance.' 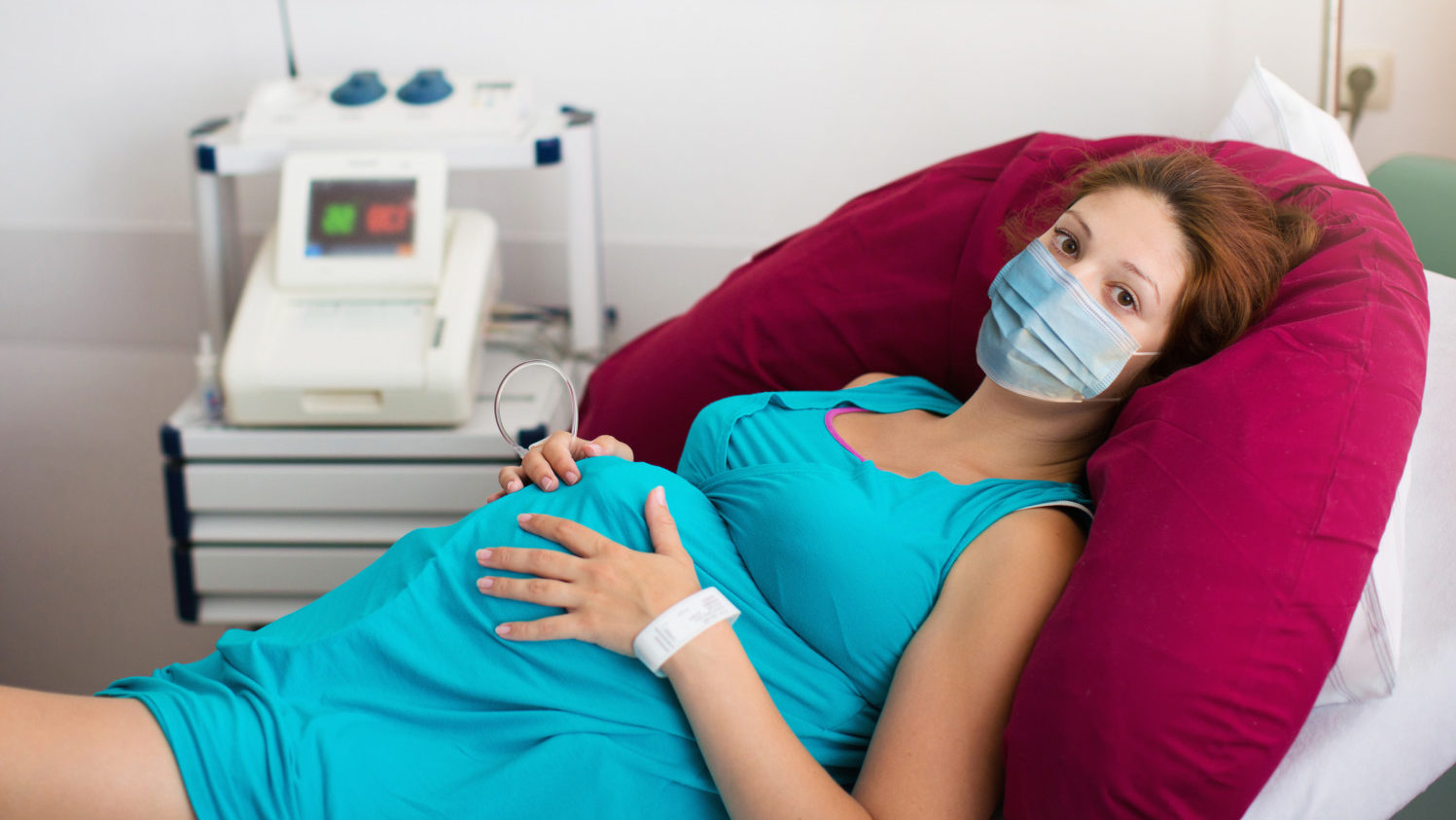 Trigger for re-enactment of trauma: It has been suggested that, for some wearers, facemasks may induce a feeling of claustrophobia, being trapped or suffocated. This may trigger traumatic memories: feeling trapped during maternity care can cause experience of reenactment of trauma and physical/sexual abuse; the majority of abuse survivors do not disclose their history of abuse to midwives or other healthcare professionals;

Exacerbation of respiratory conditions such as asthma

Risk of hypoxia or hypercapnia

Limitations in communication: especially pertinent to hearing impaired clients who lip-read (DeafAction, 2020). Masks also limit a woman’s ability to communicate her views and emotion to those in the room; in particular the behavioural changes and non-verbal cues assessed by midwives to monitor progress in labour may be hindered. Vocalisation can be an important coping technique for some women and is used by midwives to assess transitioning to second stage;