More than 13,000 invaders crossed the Channel this year - far higher than 2020 total

More than 13,000 criminals have illegally crossed the Channel so far this year.

Numbers have been rising sharply in recent years with each subsequent year seeing far higher totals than the previous year. 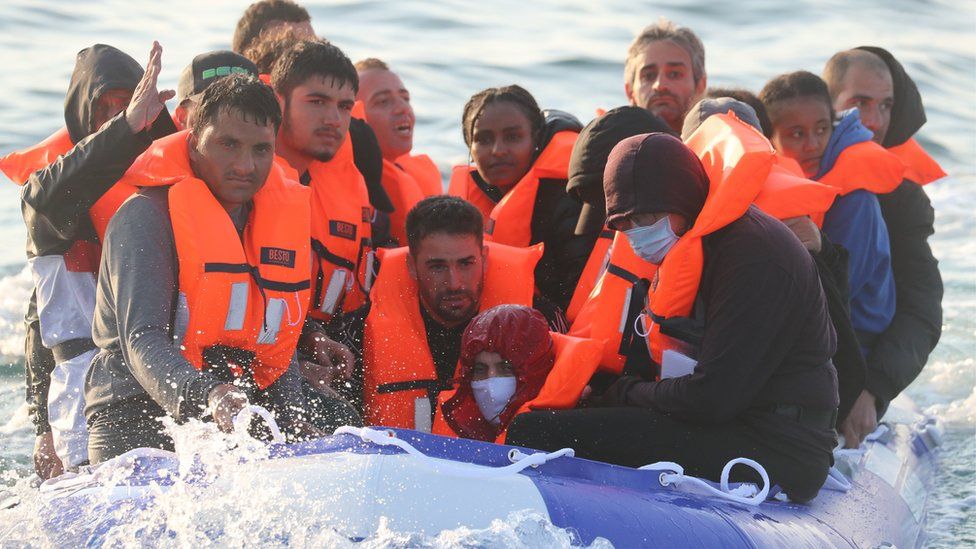 The Channel crossings, which are usually done on small boats and dinghies, cut through one of the busiest shipping lanes in the world.

As such, a vast amount of British resources are being drained to ensure the safe passage of the invaders - despite them having no legal right to be in Britain.

In Parliament on Monday, Prime Minister Boris Johnson said Home Secretary Priti Patel is “working around the clock” to ensure France impedes the passage of migrants across the Channel.

Following years of empty promises to halt the invasion, the British public can be seen across social media regularly holding Home Secretary, Priti Patel to account for the catastrophic increase in the number of illegal entrants to Britain.

The concerns pf the British public seem to fall upon deaf ears as the government focuses their efforts of sending aid to Pakistan and hiking up National Insurance for British workers.