A teenager, whom the mainstream media are labelling as 'British' joked: "I am a Taliban" on Snapchat and claimed he was going to blow up the plane he was travelling on.

Aditya Verma, 18, triggered an enormous security response including a fighter jet escort and anti-terrorist police following the reported hoax onboard he easyJet flight to the Spanish island of Menorca.

Despite the MSM describing the man as a 'British teen' in every single news headline throughout the UK, Verma was in fact born in India, of Indian parents.

Verma is facing a criminal conviction and a hefty fine over the alleged prank, carried out as he was travelling to the holiday hotspot with friends last Sunday.

Aditya Verma was flying to the island for a holiday with five pals to celebrate finishing school. 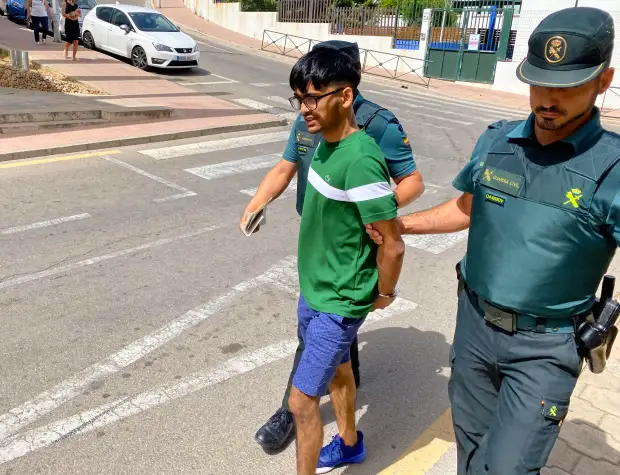 The Indian-born chess prodigy has been offered a place at Cambridge University this autumn to study economic sciences.

A star pupil at St Olave's Grammar School in Orpington, southeast London, he spent two nights in a Menorca prison cell before being hauled into court by armed police in handcuffs.

He appeared in court in the Menorcan capital Mahon on Tuesday morning wearing the same blue shorts and green shirt he was reportedly wearing on the easyJet flight.

Yesterday, he was released on bail of 10,000 Euros, but banned from leaving Spain and ordered by Judge Belen Velazquez to sign on at court every fortnight.

He is believed to still be on the island after his mum flew out from the UK to be with him.

Speaking to told local media outside the court, his mother said: "It was a joke." 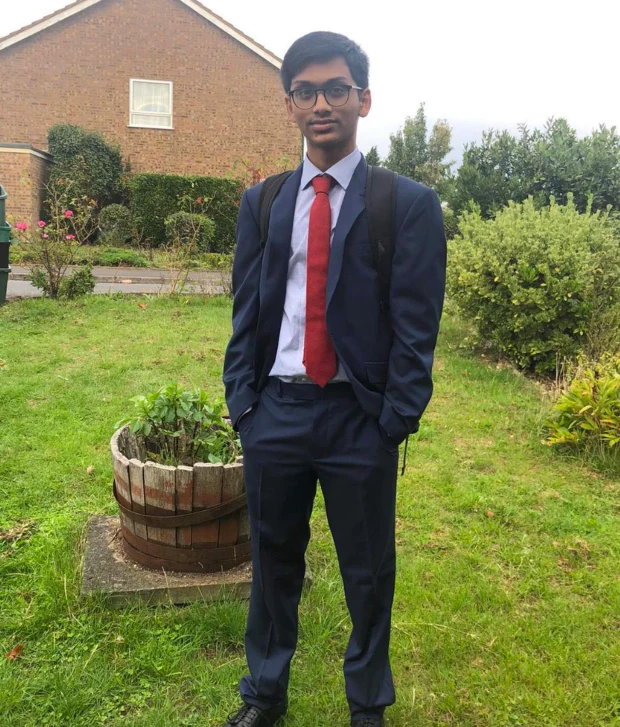 He may be handed over to British authorities if the Spanish court rules the alleged crime took place in the UK under international air law.

Police sources claimed on Wednesday that Verma posted on Snapchat: "I'm going to blow this plane up, I'm a Taliban."

The teen reportedly told the judge yesterday he is often called ‘Taliban’ by his friends because of his dark skin and Asian origin.

The judge is set to hand the case over to Spain's National High Court in Madrid because it revolves around an issue of national security.

Authorities sounded the alarm as easyJet flight EZY8303 was coming into land just before 5pm local time on Sunday.

A Spanish F-18 fighter jet was filmed as it escorted the passenger plane to its landing - which was half an hour later than scheduled. 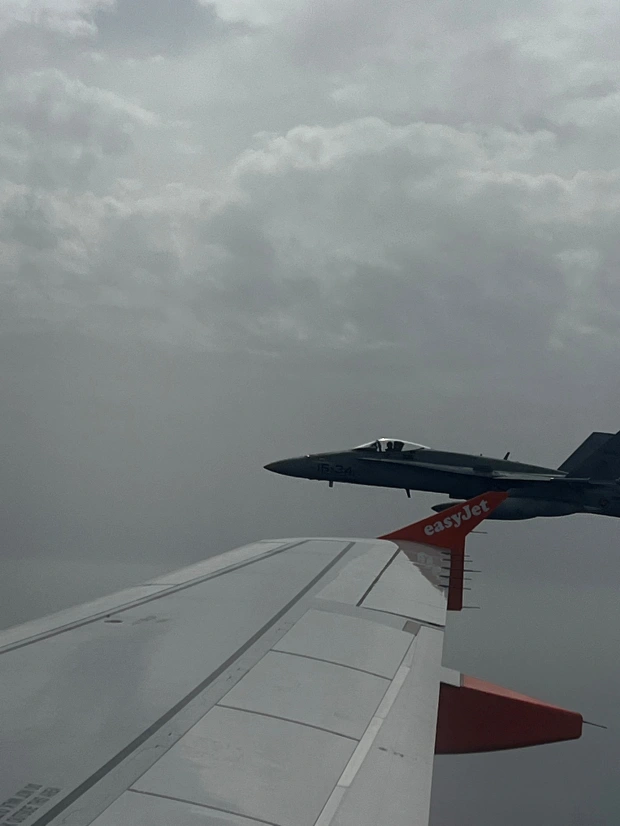 Furious passengers were reportedly kept on the tarmac for four hours while the bomb scare was investigated.

The disruption is believed to have led to a Ryanair flight leaving two and a half hours late for London.

As well as the estimated £86k cost for scrambling two F-18 fighter jets from a military base in Zaragoza, northern Spain, to escort the easyJet flight to Menorca after the alarm was raised, the teen also faces picking up the cost of the huge police operation if convicted.

Bomb disposal experts and sniffer dogs were drafted in as part of the response after the plane landed and was taken to an area away from the main part of the airport so it could be inspected before being declared safe. 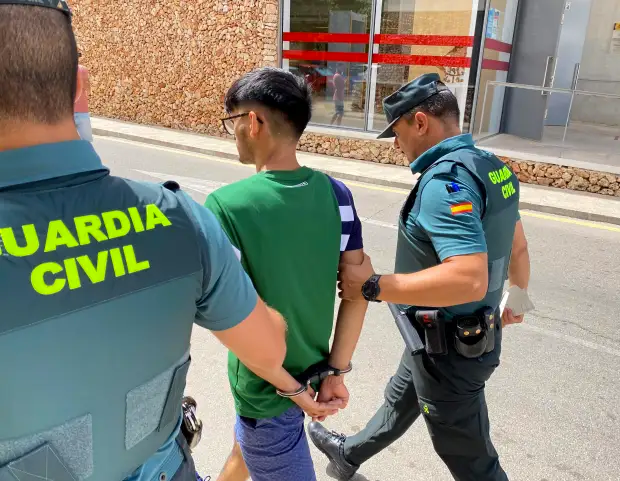 Unconfirmed reports have pointed to Scotland Yard and French police picking up on the bomb alert on the Snapchat instant messaging app and informing Spanish cops.

The Spanish Civil Guard has not yet commented on this claim.

A Civil Guard spokesman said on Monday: "The Civil Guard has arrested an 18-year-old British national as the alleged author of a public order offence in Mahon in Menorca.

"On Sunday the control tower at Menorca Airport was alerted to a bomb threat on a plane heading from London to the island capital Mahon which was still in the air and nearing the airport.

"The threat was said to have been sent on a social media platform."