The UK Government's 'Red, Amber, Green' travel list has caused chaos and confusion with ministers giving conflicting advice about who can travel where, whilst not clearly stating the actual law.

Ministers are being accused of sowing mass confusion over global travel as the Government's traffic light policy descended into farce - with Environment Secretary George Eustice suggesting trips to amber countries to see friends and family were acceptable, before being overruled by Boris Johnson just hours later.

The Prime Minister yesterday insisted such travel was off limits, as health minister Lord Bethell claimed holidays anywhere abroad were 'dangerous' and foreign trips 'not for this year'. Bizarrely, the peer even failed to rebuff the idea that returning holidaymakers should be electronically tagged in quarantine. 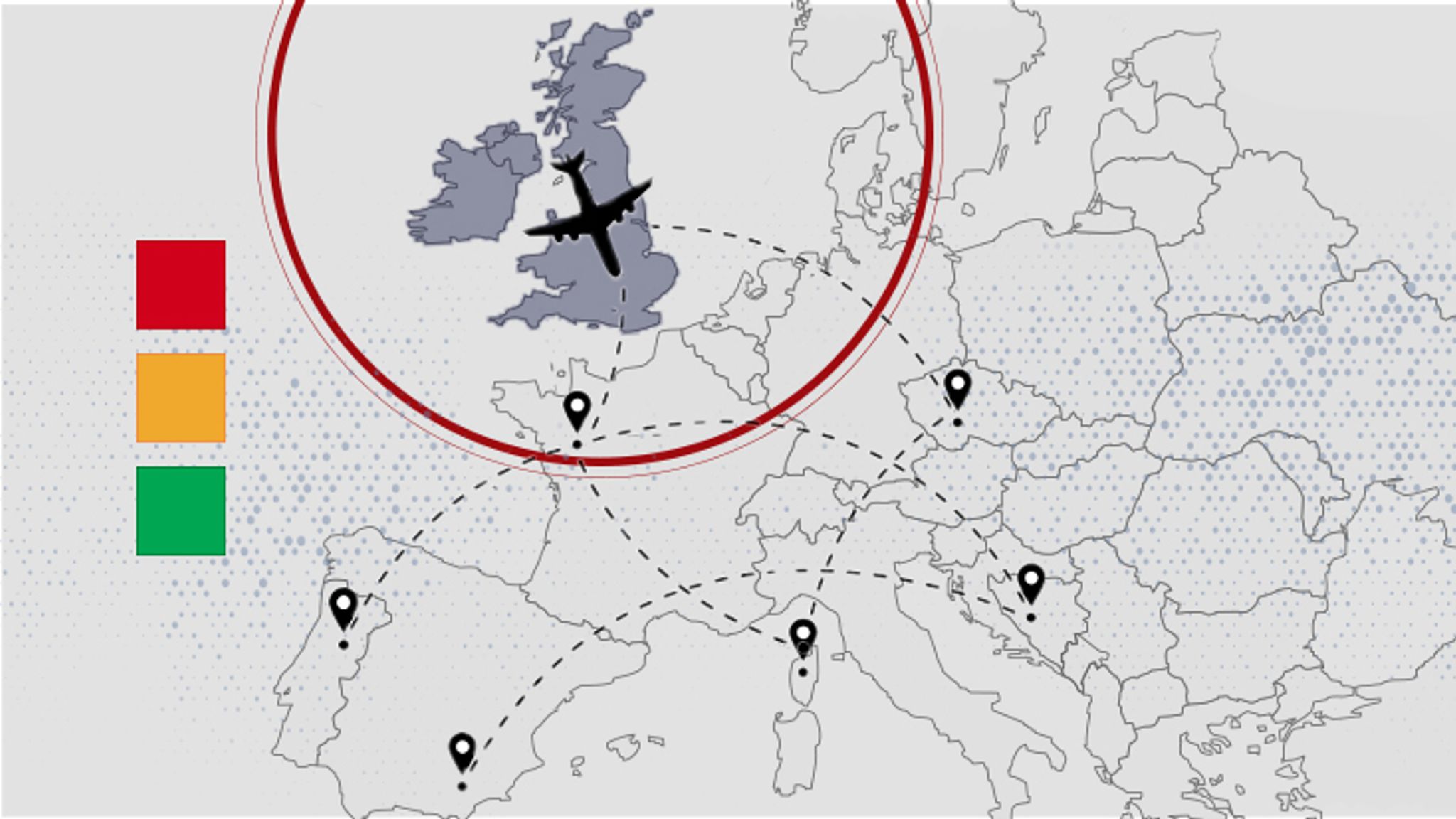 Education minister Gillian Keegan today heightened the confusion by saying that travel to amber list countries was 'not for pleasure at the moment', but for 'special circumstances' such as business or funeral as the Tory MP for Chichester ruled: 'Now is not the time to go to Spain.'

'Amber list countries are there for a reason - they are there so that you can travel for business, you can travel for particular situations such as funerals or if there are some specific care issues in your family,' she told Times Radio. 'But holiday where you have a choice, we are advising you to go to the green list countries, and of course, there's only 12 of those so most people, we anticipate, will stay at home.'

When asked if people thinking of travelling to Spain were 'doing the wrong thing', she replied: 'I have a house in Spain, I lived in Spain for eight years, I'm desperate to go to Spain. But right now, it's not the time to go to Spain.'

Health secretary, Matt Hancock stated in the Commons on Monday: “The official government advice is very clear that people should not travel to amber or red-list countries or territories. People should not travel to amber-list countries for a holiday … If it isn’t on the green list, then unless you have an exceptional reason you shouldn’t be travelling there.” 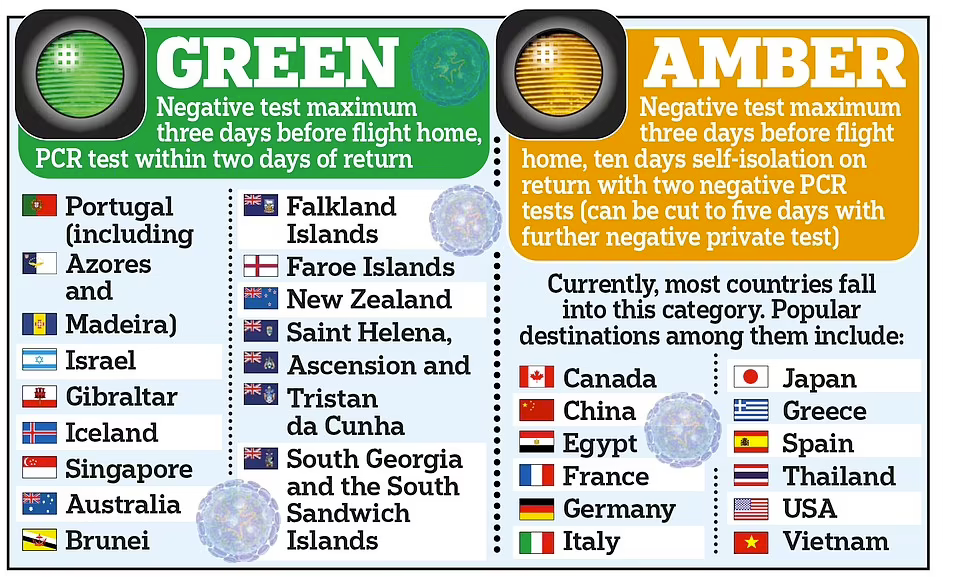 However, the Government has not legislated to ban people from going on holiday abroad, which is likely to raise further questions about how the traffic light policy can be properly enforced.

Ministers have failed to explain why - despite official government advice stating people should not travel to amber list countries - there is no legislation preventing people from doing so.

The list covers most of the world, with more 170 countries and territories including all the most popular holiday destinations such as Spain, France, Italy, Greece and the US.

It is no longer illegal to travel to these destinations.

They are also required to self-isolate at home for 10 days, although they can reduce that time if they take an additional negative test on day five. 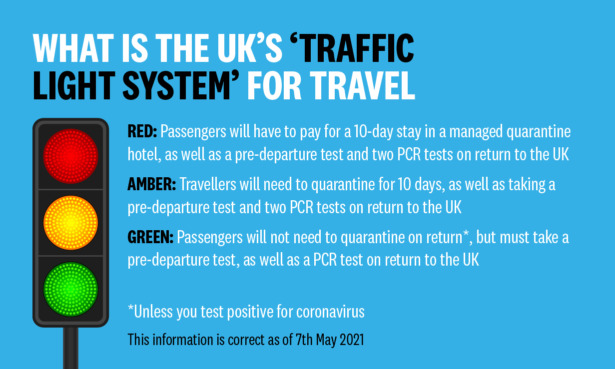 What about the rest of the UK?

Wales and Scotland’s travel rules are aligned with those in England, but officials have urged people to be cautious.

Non-essential travel from Northern Ireland to the Common Travel Area, which consists of the UK, Republic of Ireland, Channel Islands and Isle of Man, is allowed, but travel is being discouraged.

And while Wales will allow international travel, the Welsh government’s concerns about reimporting the virus mean it is advising people not to travel abroad during 2021.

The Welsh government said vaccination status certificates would be available from Monday 24 May for people in Wales who have had both doses and need to urgently travel.