Five years since government vowed to deport Rochdale groomers, they're still living in the town

It has been five years since the British government vowed to deport a trio of Muslim groomers who preyed on schoolgirls, yet the men are still freely living in the town.

Immigration enforcement officials claim they will finally remove at least one of three members of the Rochdale sex grooming gang from the UK.

However, the trio of convicted abusers currently remain in Rochdale, the very town within which they carried out their depraved and brutal attacks on innocent British girls.

Adil Khan, Qari Abdul Rauf and Abdul Aziz - all taxi drivers who preyed on vulnerable school children - lost their appeal against deportation, but remain in the UK. 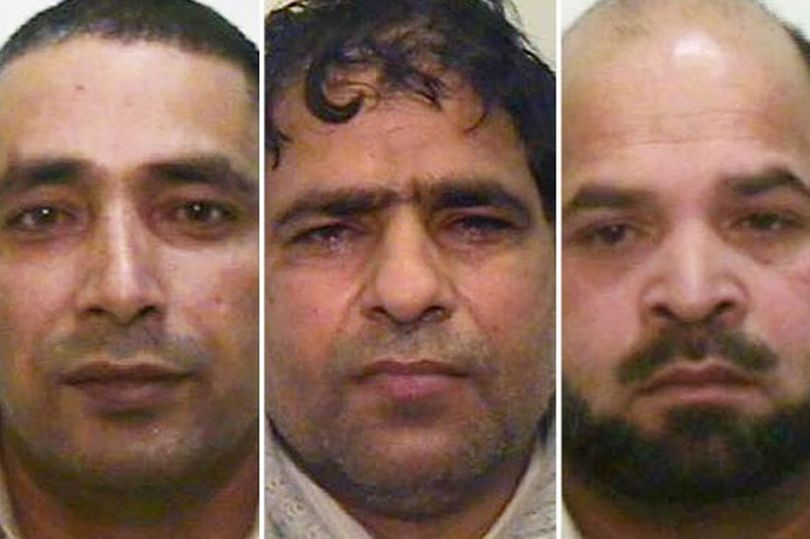 The costly process of removing the convicted rapists began back in 2015.

The Home Office began the process of removing the men’s British citizenship in July 2015 to facilitate their deportation but they challenged the move, saying it breached their human rights and the rights of their children.

The child abusers lost their case at the Court of Appeal in August 2018 but they remain in Rochdale.

One of the groomers, Adil Khan, has even bumped into one of his victims in Asda in the town, after which the terrified girl revealed how her heart 'stopped beating' when she saw the freed sex attacker.

She ran from the supermarket in tears and reported Adil Khan to the authorities as he was with another young child.

Now a young woman, she saw Khan, 50, with the child in an aisle of Asda superstore in Rochdale town centre.

She told a friend: "Oh my God, he's been in Asda. I've never been so scared in all my life. I feel like my heart just stopped beating."

The victim was outraged that Khan and two other members of the gang remain in Rochdale despite losing their appeal against deportation back to their native Pakistan two years ago.

Former taxi driver Khan, nick-named Billy, started an abusive relationship with a schoolgirl just a few weeks after his wife had delivered their first child.

He got his child victim, who belived Khan to be her boyfriend, pregnant when she had just turned 13 and also trafficked a second girl, 15, to other abusers, using violence when she complained.

Khan, of Oswald Street in Rochdale, was jailed for eight years in 2012 but was released in 2016.

A jury convicted him of trafficking and conspiracy to engage in sexual activity with a child.

He was ordered to sign the sex offenders' register for life.

Although he was released from prison in 2016, he remained out on licence but that sentence has now elapsed.

Khan is now a free man walking the streets of Britain after mentally and physically torturing British children.

Taxi driver Abdul Aziz, of Armstrong Hurst Close, Rochdale, was cleared of two counts of rape but was convicted of trafficking and conspiracy to engage in sexual activity with a child.

He ferried the girls as far as Leeds and Bradford and was paid by the stream of men who used the girls for sex, getting £40 for each introduction.

Known as Master Aziz or Tariq, the married father-of-three, now 49, kept a stash of condoms in his taxi.

He struck up a business relationship with the young girl that the crown said was part of the plot – she would find him new girls and he would take them to the sex parties.

He was jailed for nine years after he was convicted of trafficking and conspiracy to engage in sexual activity with a child.

Taxi driver and Muslim preacher Abdul Rauf, now 51, of Darley Road, Rochdale, was convicted of trafficking and conspiracy to engage in sexual activity with a child.

Like some of his co-defendants, he opted to ‘affirm’ that he would tell the truth – rather than swear on the Koran in court.

The father-of five worked as a qari, reading the Koran for the congregation at Rochdale’s Bilal mosque.

He wept when he admitted having sex with a girl in his VW Sharan taxi. It had been a ‘big mistake’, he said, claiming the girl looked ‘maybe 30’. Another girl, the prosecution’s main witness, told the jury she had sex with Rauf 20 or 30 times.

Under cross-examination he appeared to feign a collapse.

He was jailed for six years after being convicted of trafficking and conspiracy to engage in sexual activity with a child.

Khan, Qari Abdul Rauf and Abdul Aziz are believed to be still residing in Rochdale despite losing their appeal against the Home Office ruling in 2018.

The trio were among nine men mostly Pakistani Muslim heritage men convicted and jailed in 2012 over a catalogue of serious sex offences against five vulnerable victims in Rochdale and Heywood where young white girls were plied with drink, abused and then shared with other abusers at parties held across the north of England.

The Home Office refuses to disclose why the three men have not yet been deported.