An angry father stormed out of a sweet shop with his daughter in tow after they saw an x-rated display at the till.

The dad removed himself and his child from Cardiff's branch of Kingdom of Sweets after seeing a range of penis shaped lollipops.

He was with his 10 year old daughter and felt compelled to leave over the adult-themed sweets. 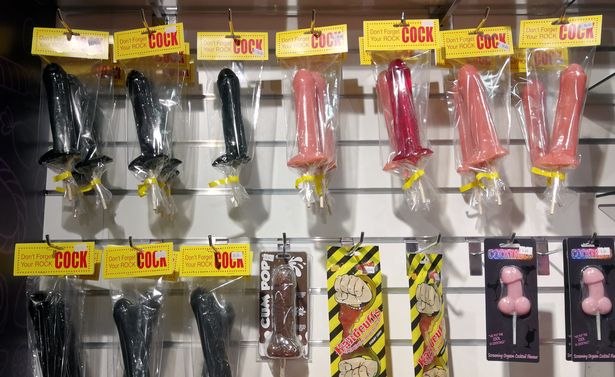 The father slammed the sweets, branding them "inappropriate" - and saying they were like something out of Ann Summers.

"I'm not prudish at all but I didn't expect that in somewhere where you'd take children," he raged.

He told Wales Online : "On the high street in the capital city it's not on. Maybe in a distinctly adults-only section, tucked away somewhere, but no – it was right next to the till.

"My daughter went: 'I know what that is' because she's 10. We've spoken to her about certain things, she's not completely naive, but I just don't think that should be put in front of children on the high street in the middle of Cardiff. 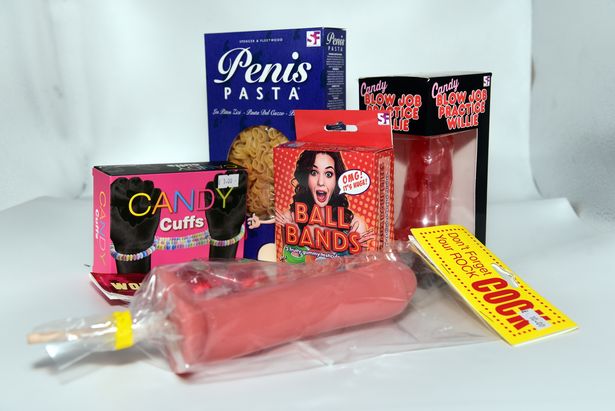 "I don't think that's appropriate to be in front of children – penis-shaped sweets – really.

"It goes from a sort of innocent place where they sell Oreos and chocolate bars and stuff to something that I don't think should be in that kind of environment or maybe tucked away where only adults can go."

He continued: "It's a real treat and it spoilt it for us really badly.

"We went to the castle and for some food and to go to Kingdom of Sweets was to top it off as a real treat."

A spokesman for Kingdom of Sweets said: "We thank you for bringing this to our attention. The items have been withdrawn from stock."