A Drag Queen has been banned by the National Theatre from performing again at a family-friendly festival after making a sexually explicit joke about children in front of a horrified young audience.

The Crossdresser that calls itself 'Ms Sharon Le Grand' said children should be taught to 'open their minds, open their hearts and open their legs' before drag acts took their clothes off as part of the show in South London.

The drag performances were part of the National Theatre's 2022 River Stage festival in July and August. 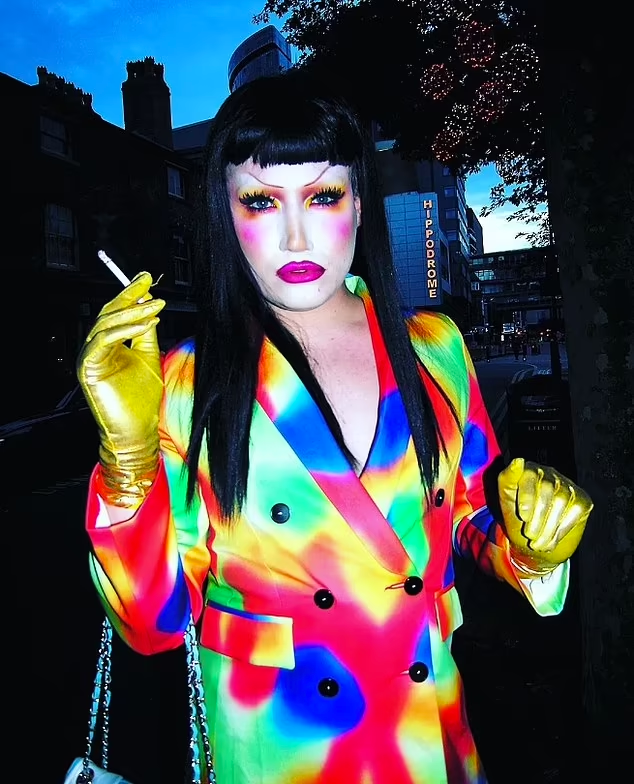 The National Theatre said the comments made by a performer went 'against the festival's content and performance guidelines' and the performer in question would be banned from River Stage in future.

The festival was described by TimeOut as 'a month of outdoor live music, dance, performance, workshops and family fun'.

The first weekend of the festival - July 15-July 17 - was hosted by The Glory, an East London bar which describes itself as 'London's leading queer venue and performance mecca'. 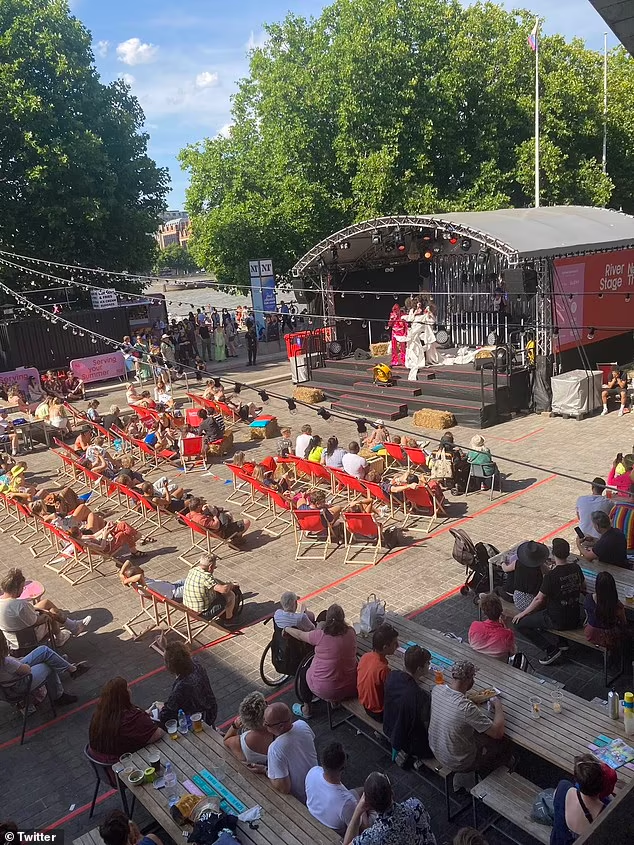 The Glory performed a variety of shows outside the National Theatre including cabaret, line dancing and a disco.

One of the parents at the event recalled: 'Every single drag king act took their clothes off... and were showing their scars from their mastectomy/gender-affirming surgery.

Another audience member posted on Twitter: 'It felt inappropriate. Sunny, early evening lots of young families with children running about and then loud, overtly sexualised drag costumes and performances.

'Hard to ignore if you were on the South Bank as the sound carried a long way.'

Other parents reacted angrily to the show's content, with one concerned parent saying: 'Child sex abuse isn't something risqué to joke about, it's a disgusting thing to make fun of.'

The latest controversy comes after a 'family sex show' caused an uproar in April. The show encouraged children as young as five to explore 'sexual pleasure', 'try sexual practices' and 'draw and label' male and female genitals.

The show was due to be performed at Bristol's Tobacco Factory in May but was cancelled by the organisers after over 40,000 people signed a petition to get it banned.

STOP THE SEXUALISATION OF OUR CHILDREN!

We are the ONLY party willing to speak out against this issue and call it what it is - CHILD GROOMING!