Dame Vera Lynn was today honoured with a Spitfire and Hurricane flypast before her funeral. 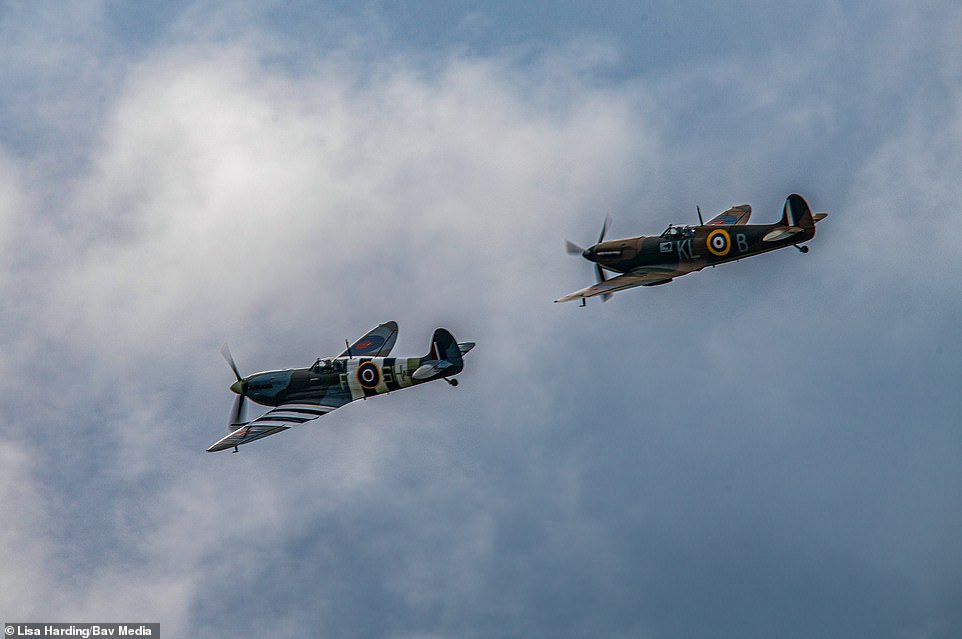 Crowds have turned out to say goodbye to the adored star in her beloved Sussex village.

The forces' sweetheart gave hope to millions of Britons fighting around the world during the Second World War died aged 103 on 18th June 2020.

Today, this British icon, who entertained troops with morale-boosting visits to the front line during the conflict, was honored by a Spitfire and Hurricane flypast over her funeral procession. 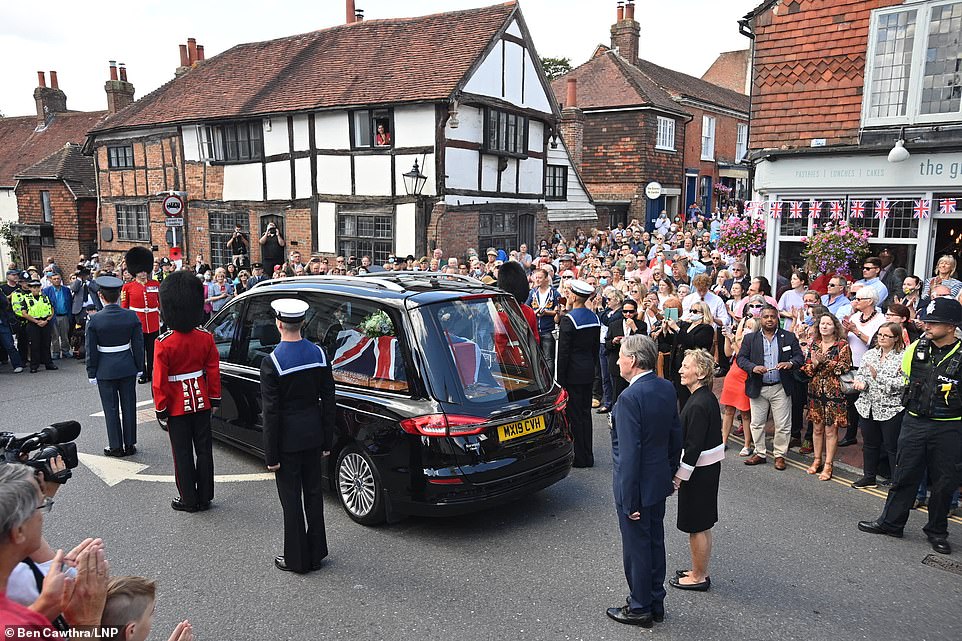 People libed the streets to see Dame Vera Lynn make her final journey to the church in the picturesque village of Ditchling.

The hearse carrying her coffin was guided by members of all three Armed Forces and followed by her family.

Dame Vera, who will forever be remembered for her inspiring songs such as 'We'll Meet Again' and 'The White Cliffs of Dover, passed away surrounded by her family last month.

Following her death, the Queen sent a private message of condolence to her family and trinbutes came flooding in across Britian. 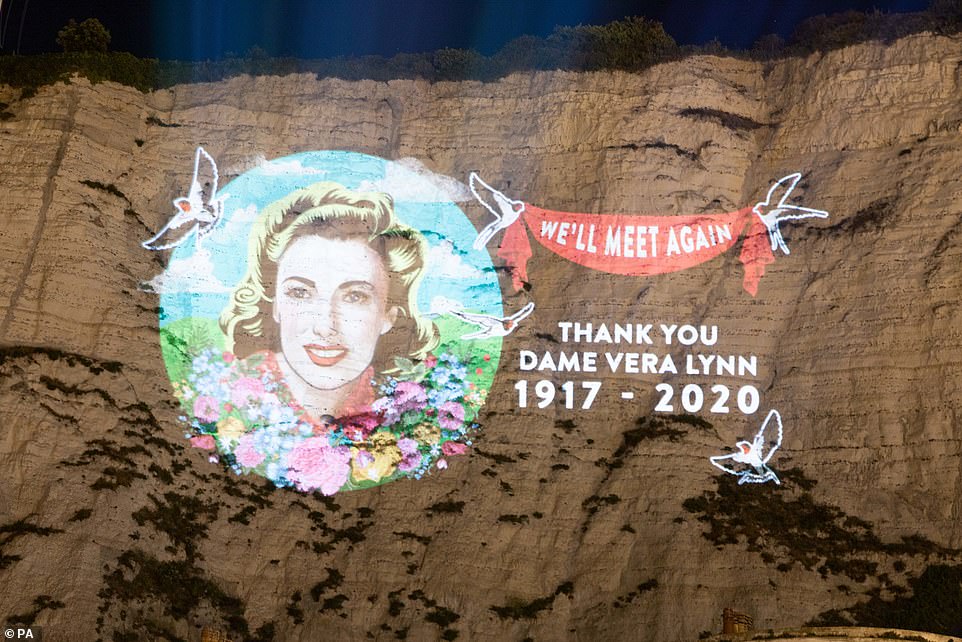 Ahead of her funeral, a giant portrait of the Forces Sweetheart was beamed onto the White Cliffs of Dover to commemorate her life.

Dame Vera became a symbol of freedom for the men often thousands of miles from home and songs such as 'We'll Meet Again' and 'The White Cliffs of Dover' gave them hope in their darkest hours that they would one day return to their loved-ones in Britain.

Her song 'There'll Always Be An England' gave millions hope that better days lay ahead as the Luftwaffe lay siege to UK cities during the Blitz causing death and destruction.

Her funeral coincides with the 80th anniversary of the start of the Battle of Britain, in which the Royal Air Force defeated the Luftwaffe and staved off invasion from Hitler's forces in France.