The invasion of Normandy beaches by allied troops ultimately swung the war on the western front in the favour of the allies, and began the liberation of France from Nazi occupation.

Here’s what happened on the fateful day – and why it was so crucial. 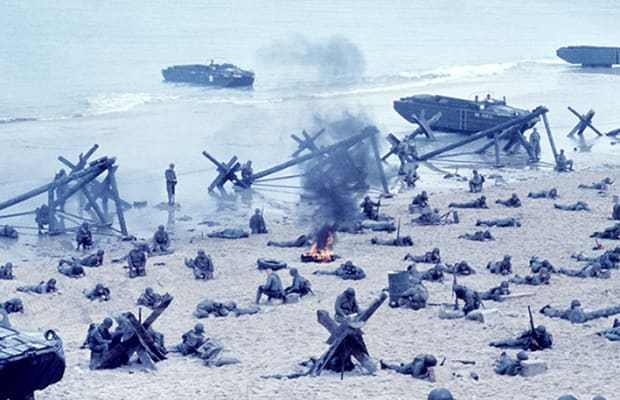 What were the D-Day landings?

Around 4,400 Allied troops paid the ultimate price for ensuring D-Day was one of the most successful military operations the world has ever seen.

On 6 June 1944, some 156,000 British, American and Canadian troops arrived on French soil from sea and air in an effort to free Europe from the Nazis.

Many thousands more served on board the 6,000 troop ships, landing crafts and barges off the Normandy coast in northern France.

The then Prime Minister Winston Churchill described the operation as “undoubtedly the most complicated and difficult that has ever taken place”.

Thousands of paratroopers were dropped behind the enemy lines to capture bridges – including the vital Pegasus Bridge – railway lines and roads to prevent the German army sending reinforcements once the Allies landed.

Tip-offs from French Resistance fighters, who also carried out over 1,000 sabotage attacks, helped the Allies target their bombing campaign to cause maximum disruption for the Germans.

A main target was the Atlantic Wall, a network of concrete gun emplacements, machine gun nests, tank traps and mines, barbed wire and booby traps that the Germans had built up since 1940 along France’s west coast.

What were the beaches called?

Each of the landing beaches was given a codename on the Allies’ secret map. The British and Canadians landed on Gold, Juno and Sword beaches to the east, while the Americans went ashore at Utah and Omaha beaches in the west.

Why was D-Day so important?

D-Day established another front in Europe, locking Germany into conflict in France, Italy and Russia. It helped overwhelm Hitler’s Nazi Reich and led eventually to the Allies’ victory in Europe in May 1945. 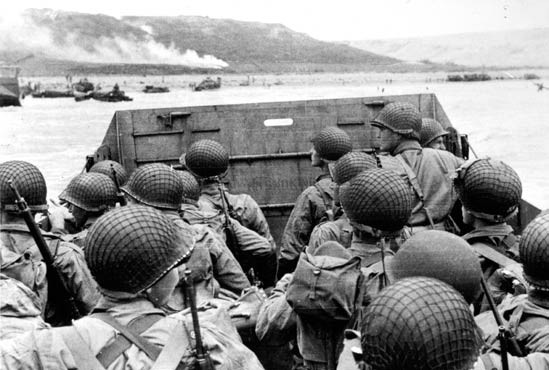 What does D-Day stand for?

The words “doom”, “debarkation” and “deliverance” have all been suggested as meanings for the “D” in D-Day.

But the letter is derived from the word “Day” and means the day on which a military operation begins.

D-Day has been used for many different operations but is most closely associated with the Allied landings on Normandy’s beaches on 6 June 1944.

It meant that if the date for an operation changed, military staff would not have to alter all the dates in their plan.

This happened during the Normandy D-Day landing operation, which was originally planned for 5 June – but bad weather delayed it by a day.

In the build-up to the Allied invasion, code names and acronyms were vital to help maintain the blanket of secrecy around the operation. 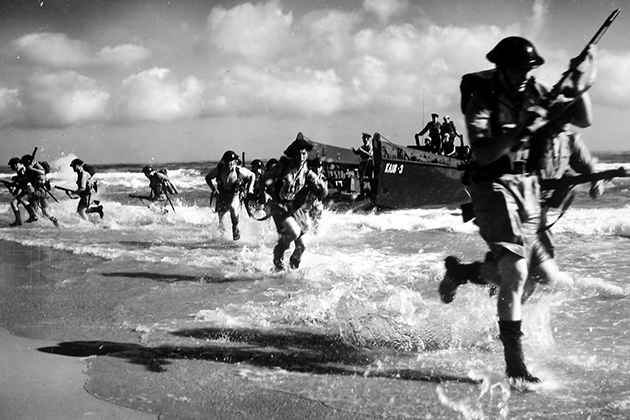 The largest naval, air and land operation in history

The invasion was conducted in two main phases - an airborne assault and amphibious landings. Shortly after midnight on 6 June, over 18,000 Allied paratroopers were dropped into the invasion area to provide tactical support for infantry divisions on the beaches. Allied air forces flew over 14,000 sorties in support of the landings and, having secured air supremacy prior to the invasion, many of these flights were unchallenged by the Luftwaffe.

Nearly 7,000 naval vessels, including battleships, destroyers, minesweepers, escorts and assault craft took part in Operation 'Neptune', the naval component of 'Overlord'. Naval forces were responsible for escorting and landing over 132,000 ground troops on the beaches. They also carried out bombardments on German coastal defences before and during the landings and provided artillery support for the invading troops.

– 0005 – Coastal batteries between Le Havre and Cherbourg are bombed.

– 0230-0300 – Allied combined bombardment and assault fleets arrive and anchor off the French coast.

– 0430 – Sainte Mere Eglise is liberated by Americans – who hoist the US flag at the town hall – and roads leading up to Utah Beach are closed.

– 0500 – Britain’s 9th Battalion, the Parachute Regiment, helps destroy weapons at the Merville Battery to protect troops who will land at Sword Beach.

– 0630 – American forces begin landing on Omaha Beach and face a devastating enemy onslaught which pins them there until 1100.

– 0710 – US 2nd Army Ranger Battalion attacks 100ft high fortified cliff the Pointe du Hoc, defending it for the rest of the day.

– 1200 – Winston Churchill speaks to the House of Commons about the landings, saying: “So far the commanders who are engaged report that everything is proceeding according to plan. And what a plan!”

– 1330 – Troops on Omaha Beach begin securing the area. Allied forces begin to bomb the town of Caen with 160 tonnes of bombs dropped.

– 1430 – The Nazi’s 21st Panzer Division unleash a counter-attack towards the coast.

– 2100 – King George VI address is broadcast. He says it is a “fight to win the final victory for the good cause”.

By the end of the day the Allied armies had disembarked more than 135,000 men and had bridgeheads of varying depths along the Normandy coastline.

But on Omaha the situation was perilous as the Germans fought for every inch of territory.

As sunset arrived, a total of 10,000 men had been killed, injured or were missing.

Fierce fighting continued in the area until August. 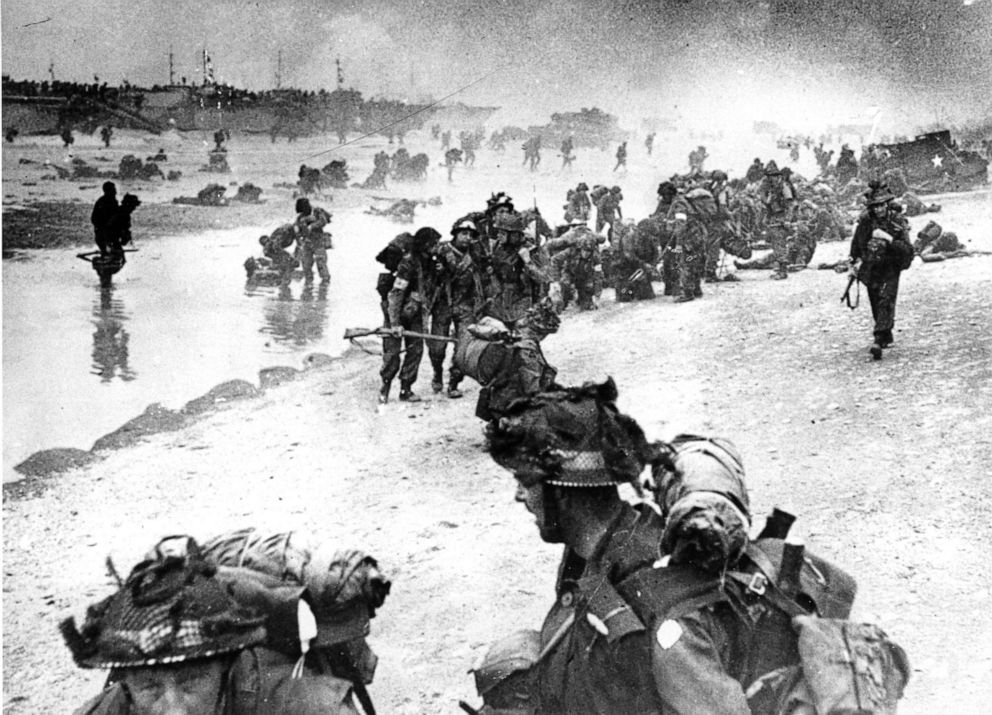 By the end of August 1944, the Allies had reached the Seine River, Paris was liberated and the Germans had been removed from northwestern France, effectively concluding the Battle of Normandy.

The Allied forces then prepared to enter Germany, where they would meet up with Soviet troops moving in from the east.

The Normandy invasion began to turn the tide against the Nazis. A significant psychological blow, it also prevented Hitler from sending troops from France to build up his Eastern Front against the advancing Soviets.

The following spring, on 8th May, 1945, the Allies formally accepted the unconditional surrender of Nazi Germany.

Hitler had committed suicide a week earlier, on 30th April.

IN HONOUR OF THEIR MEMORY, WE WILL FIGHT ON!

The selfless sacrifice of our brave men to defend our nation must not be in vain! We MUST join together to defend our rights and freedoms that they fought for!