The Church in Wales has voted to introduce same-sex marriage blessings, despite this going against Biblical scripture.

The news was confirmed by the Church in Wales ' social media accounts, which said: "A Bill to authorise a service for blessing for same-sex partnerships is passed by the Church's Governing Body today."

The bill was voted in during the governing body's meeting held on Monday 6th September.

The meeting of the governing body took place over eight hours and was streamed live on Youtube.

After several hours of debate, those attending were invited to vote on the matter.

The voting was split into three houses, with a two-thirds majority needed in each house to pass the bill.

House of Bishops
For: 4
Against: 0
Abstained: 0

Senior Bishop of the Church in Wales, Bishop Andy John (pictured below) confirmed the passing of the bill following the vote. 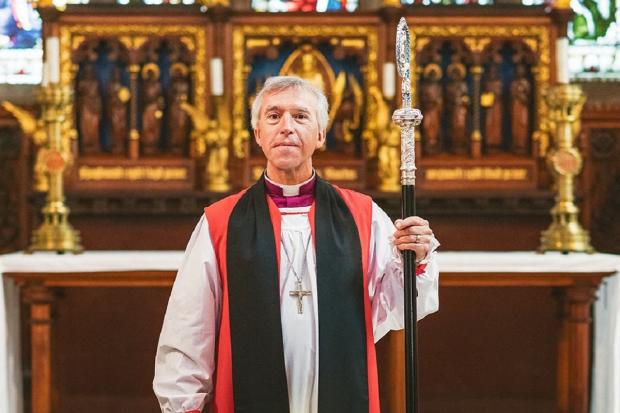 He said: "I'm able therefore to confirm that having received two third's majority in all three houses that the bill is passed."

The governing body was then invited to stand as the Bill was passed.

While same-sex marriages are still not yet able to take place in the Church in Wales, it shows a liberal shift away from the Church's adherence to the scriptures.

What does the Bible say?

The Bible defines marriage in Genesis 2:24 as a union between one man and one woman. Jesus Christ upholds this definition of marriage in Matthew 19:5, as does the Apostle Paul in Ephesians 5:31. Any and all sexual activity which takes place outside of this context is treated as sinful, what Jesus calls ‘sexual immorality’ in Mark 7:21.

The Scriptures are, therefore, consistent in their prohibition of same-sex sexual activity, across different periods of salvation history and within different cultural settings. Although the Scriptures are clear on sexual ethics, they also tell us that the prospect of forgiveness and eternal life is held out for anyone who turns from sin and puts their faith in Christ (Mark 1:15), no matter how they may have fallen short of his good design for sex and marriage.