Child Raped in the Sea by Pakistani Man

Police are hunting a Pakistani man who raped a 15-year-old girl in the sea in Dorset, in front of thousands of unsuspecting bathers.

The horrific attack happened at about 3.30pm in the sea off Bournemouth beach near to the Oceanarium on Sunday 18th July.

The child was approached by the vile attacker when a ball she and her friends were playing with in the sea landed close to him. 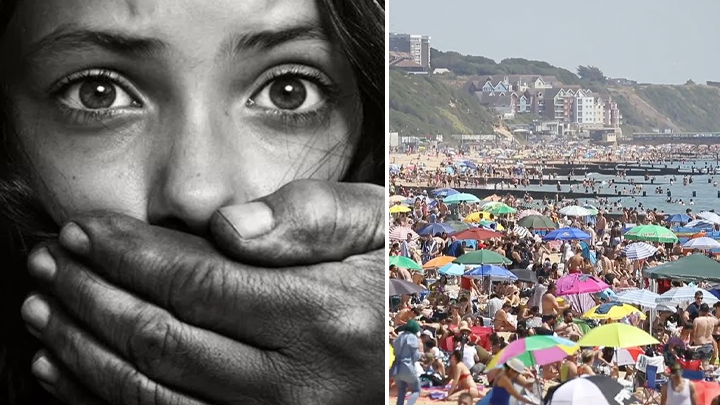 He threw it back but then began pulling her out into deeper water close to Bournemouth Pier, Dorset.

Despite there being crowds of people in the water and on the pier, the barbarian raped the child under the cover of the water.

The rapist is described as 'of Pakistani descent and with tanned skin, between five feet and five feet seven inches tall and of a thin but muscular build with short dark hair that was pushed back and looked freshly trimmed.'

He remains at large.