Campaigners have called for an 18th-century statue of a 'black boy' on a clock in the Cotswolds to be removed.

The BLM supporters have branded the 247 year old statue 'traumatic for people of colour'.

The sculpture - which depicts a small boy with red lips holding a club - stands above a clock on a Grade-II listed building in Stroud, but could soon be taken down after a local panel was tasked with deciding its fate. 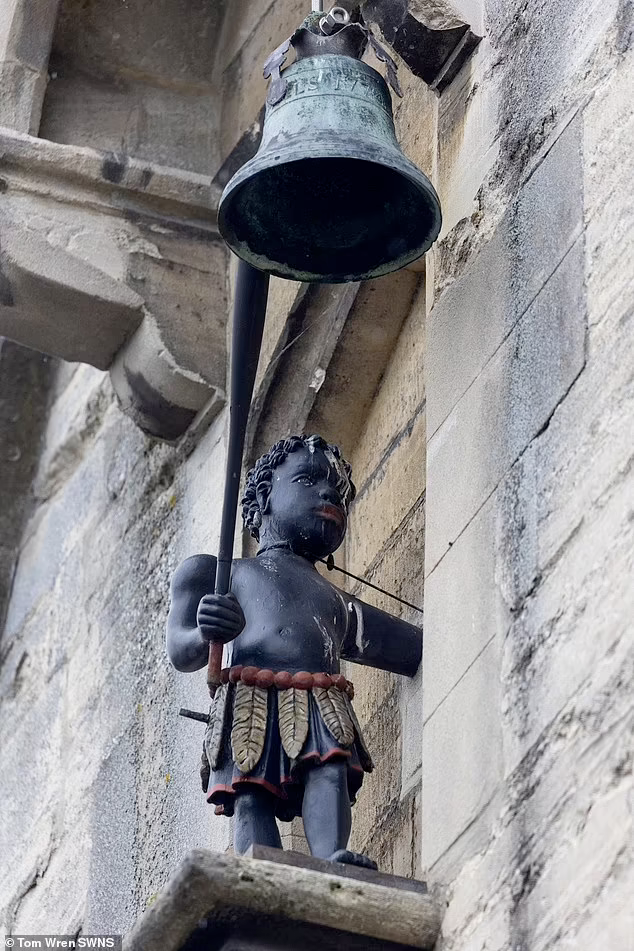 Artist Dan Guthrie, 21, who sits on the panel, said artwork is an 'offensive racist relic from the transatlantic slave trade.'

He first filed a complaint with the local council after being inspired by the Black Lives Matter protests last year, which saw a statue of slave trader Edward Colston toppled in Bristol.

Mr Guthrie told the Observer: 'My eyes lock onto the Blackboy clock every time I turn the corner onto Castle Street.

'The boy has huge red lips and is wearing a golden leaf skirt - and he is weirdly enslaved to the clock mechanism when it's working.

'It is an offensive racist relic from the transatlantic slave trade, and the fact that it is still up in Stroud is a mystery to me.'

It comes after a council report concluded that 'there is, without any doubt, an association, either directly, or indirectly, with the slave trade and colonialism, and this cannot be ignored'.

The same report said it may be one of only 20 works of its kind in Britain. 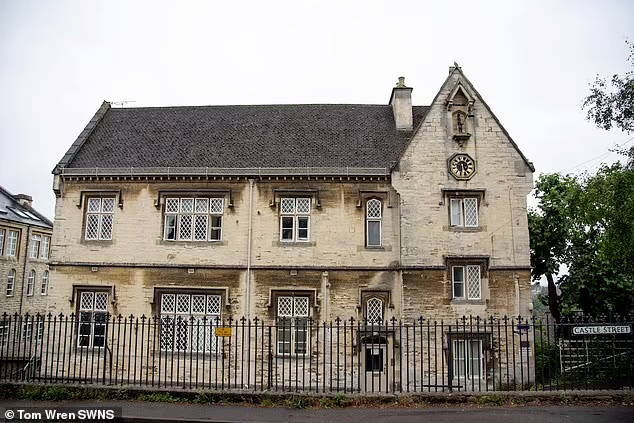 The statue in question was created by John Miles, a local watchmaker, in 1774.

It was moved to its current location, once the National School for Girls, in 1844.

A report by Stroud Council found that the statue is a rare Jacquemart, or Jack clock.

The Jack is a moving figure that strikes a bell on the hour; in this case, the Jack is a small Black boy holding a club, with which the hours are struck. 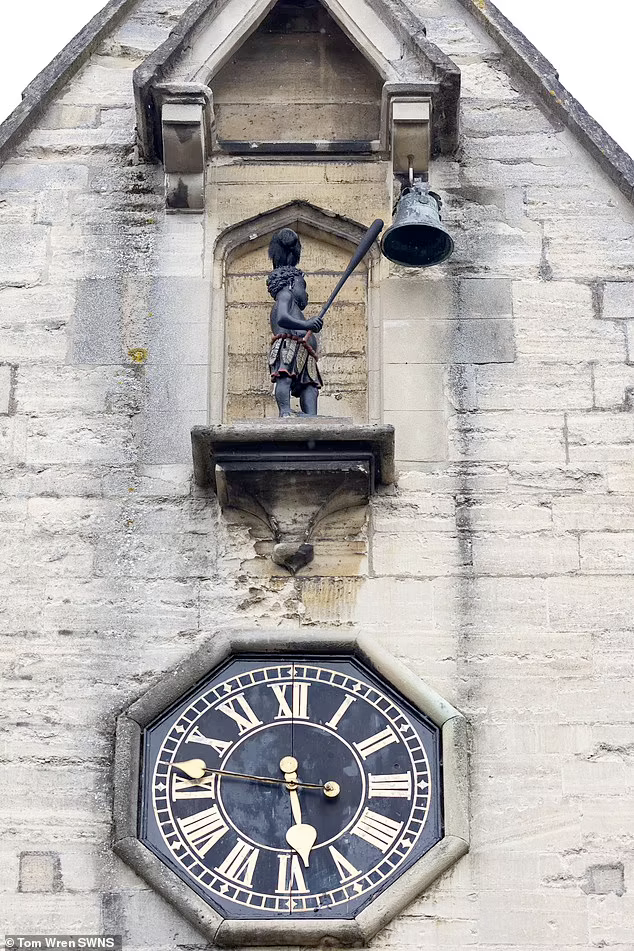 It said: 'Although common in Europe, Jack clocks are very rare in Britain, with possibly only twenty examples surviving, according to research done by Sir George Wright.

'Although it has undergone restoration, the clock mechanism remains largely as originally made; this adds to its rarity value.'

It added that while it was not clear who or what events inspired the piece, its links to slavery could not be ignored.

The report read: 'It is possible that the boy’s appearance, instead, derives from images of Black people in the woodcuts and etchings of the time, including tobacco advertisements.

'Whatever the inspiration or its origins, it has to be remembered that, without a doubt, the boy’s image came directly or indirectly through the influence of slavery and colonialism.'