An RE teacher who was suspended after showing a cartoon of the Islamic Prophet Muhammad to pupils has refused to return to work over fears for his life.

The image was shown to students during an RE lesson at Batley Grammar School in West Yorkshire.

The teacher has recently been cleared of causing deliberate offence and told that he could have his job back following an independant review.

However, the young man in his 20's knows that his life would be in serious danger, should he return to his job. 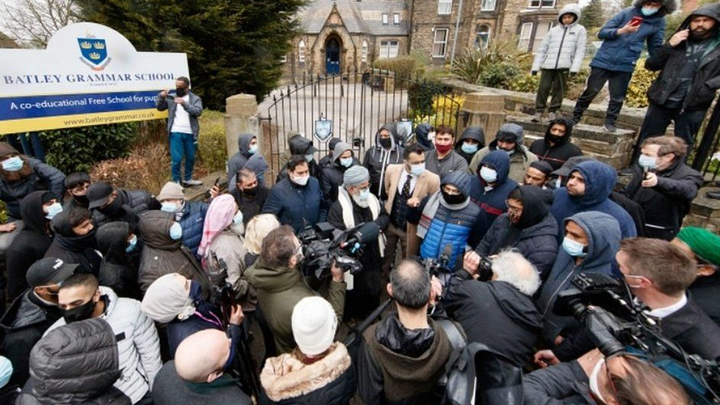 The teacher was escorted off of the school premises after baying mobs of Muslims called for his sacking and even his execution.

He continues to remain in hiding with his wife and their small child and has permanently left the housing association property they shared near Batley.

The family have been rehoused at a secret location with not even close relatives being informed about where it is.

Another two members of staff who were also suspended by officials at Batley Grammar School, West Yorkshire have refused to return to the classroom after being reinstated, citing similar concerns that they could be attacked. 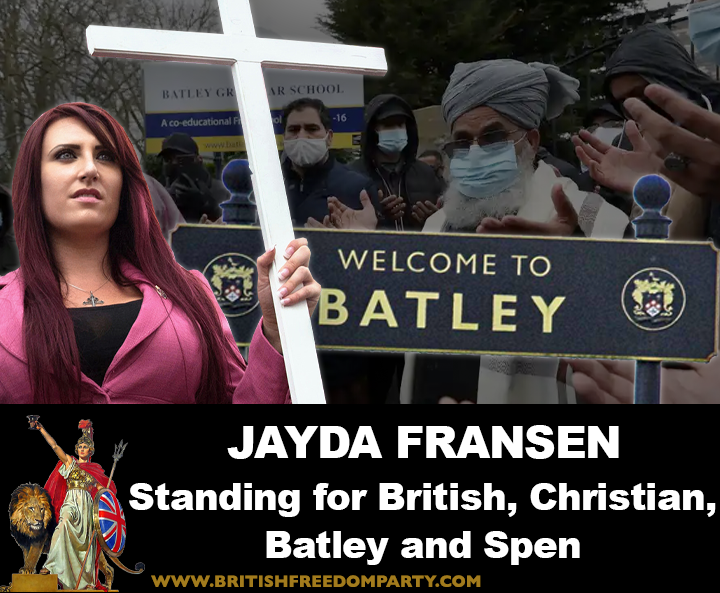 SUPPORT OUR FIGHTING FUND FOR JAYDA FRANSEN STANDING IN THE BATLEY AND SPEN BY-ELECTION ON 1ST JULY!